The season finale of Marvel’s Loki was not without its massive revelations. It is also very much possible that Marvel revealed its biggest villain in not just Loki but the entire MCU. After the epic takedown of Alioth, Loki and Sylvie arrive at the citadel of the character behind the Time Variance Authority and fake Time-Keepers.

For those familiar with the comicverse, it did not come as a surprise that Kang The Conqueror or He Who Remains (as he is known in the show) awaited Loki and Sylvie on the other side of the door. So who is Kang The Conqueror and why does he have no idea about what will happen when they cross the Threshold of Time?

Related: What was Ravonna’s Secret in Loki?

magic wielders are about to own phase 4 #loki pic.twitter.com/PqyD1pHYsB

Who is Kang The Conqueror?

For freshly-minted Marvel fans, Kang The Conqueror is an important villain both in the comics as well as MCU. Here’s everything you need to know about this character. 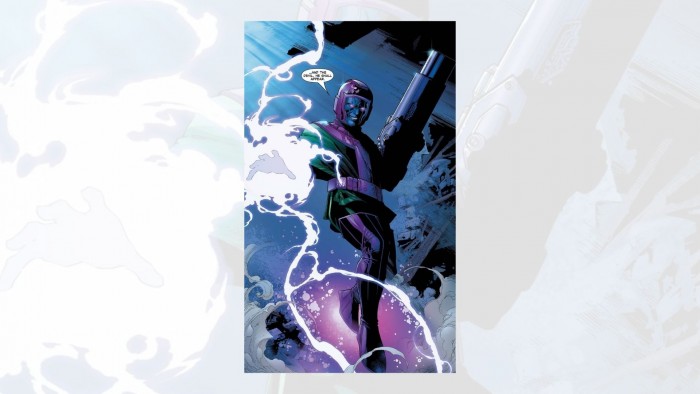 Before Kang The Conqueror established himself as the Master of Time, he was was a human being named Nathaniel Richards. Born in the alternate timeline Earth-6311, Richards discovers the time machine left by his ancestor of the same name. This ancestor traveled to Earth-6311 from the Earth-616 reality around 1900 years ago and Kang learns everything he needs to about time from the information left behind by his namesake. Discovering the ability to travel across different universes in different timelines and control the flow of time, Kang sets on a quest to become the ultimate ruler of Earth.

Similar to Thanos, Kang is a bit of a gray character in the sense that he has enough moral conscience to want to avoid being the ultimate doom of the universe. But in his bid to avoid a colossal mess, he ends up creating many variants of himself across time. The confrontations with his variants, his ability to travel across different timelines, and his inability to control his own thirst for power make him a powerful villain. In the comics, Kang the Conqueror creates a lot of problems for the Avengers, Fantastic Four, and other superhero groups.

Related: Will Loki Reverse Sylvie killing “He Who Remains” Kang the Conqueror?

Marvel has been very careful not to drop Kang’s name even once in episode 6 of Loki. The villain calls himself ‘He Who Remains’ and only once referred to himself as ‘The Conqueror’ in passing. The speculation is that when Sylvie struck down He Who Remains, she unleashed all the variants of He Who Remains and they will most likely have the Kang The Conqueror character among their set of variants. But if we were to assume that He Who Remains is in fact, the original Kang The Conqueror, then he is currently dead in the MCU.

The Kang who calls himself He Who Remains reveals that he was a scientist on Earth in the 31st Century. He describes how he found out about different realities perched on top of each other. He also tells Loki and Sylvie about how he overcame the other Kang Variants and took up the mantle of controlling and manipulating time.

He can basically control the flow of events to will the conclusion that he desires. The Kang in Loki is extremely lonely and tired of having to manage and control time. He orchestrates all the actions that bring Loki and Sylvie to his Citadel so that he could convince the duo to take over for him. Unfortunately, Sylvie ends up killing him and unleashing the other Kang variants across the multiverse.

In the comics, Kang was not truly able to estimate just how far-reaching the consequences of his actions were. As he manipulates alternate timelines to save the love of his life, he discovers the existence of the Council of Kangs as well as the Council of Cross-Time Kangs. His variants had figured out a way to gang up against him so that they could get his spot in the food chain.

Of course, both in the comics and MCU, Kang is on the top for a reason. He is the best at manipulating and controlling time and his fantastic technology is pretty much impossible to beat. When Loki and Sylvie find Kang at the Citadel sitting on an Astroid at the end of time, Kang is an immortal with enough of a suicidal motive. He makes his final play on Sylvie who embraces his narrative trap so wholly that she gives him exactly what he wants, she kills him right as they enter the threshold of time.

Why did Kang The Conqueror have no idea what will happen upon crossing the Threshold of Time?

Kang fakes his knowledge about infinite time to convince Loki and Sylvie to replace him in the current timeline and take over the TVA to maintain all of Time.

When Sylvie refuses the job, he reveals that he has been faking it the entire time and that even he does not know what’s going to happen after they pass a certain point in time which is also known as the Threshold. So even if Loki and Sylvie had taken over, they had no idea what they were really signing up for.

Since his time ended, his knowledge of all Time would evade him as well. By this logic, only the person who controlled time would be able to see what happens in the future.

Alternatively, Kang may have chosen his time of death to coincide with his arrival at the Threshold of time. He very likely did not want to face whatever was waiting for him on the other side of time and chose death instead.

In any case, we will only know what happens when Season 2 arrives. With so many cliffhangers and speculations, it’s going to be an intense wait for Marvel fans. The only hope is that the upcoming movies (Spiderman and Doctor Strange) will shed some light on everything that is happening in Phase 4 of MCU.