We’ll get to Cyberpunk 2077 refunds in a moment, but there’s something we need to clarify first:

The basic recipe for a frittata is as follows: 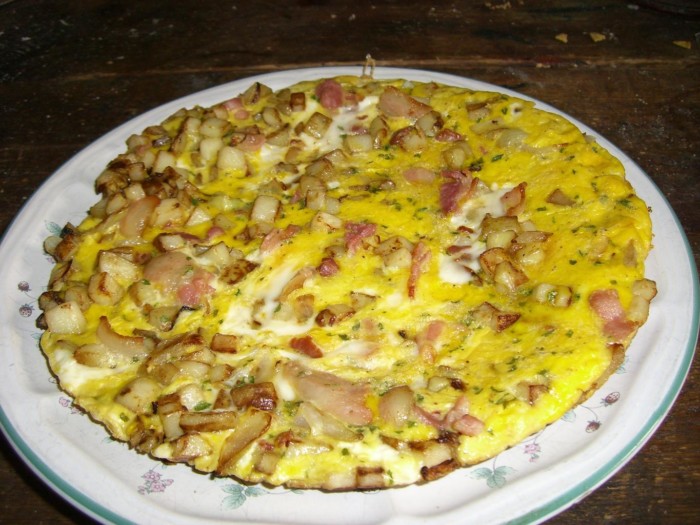 You pre-cook your veggies and then you bake the frittata. Something like that. If you order a frittata in a restaurant, the cook’s job is to do all of that for you. You’re paying for the service of preparation, cooking, and plating. If the waiter shows up with a caesar salad, and you wanted a frittata, you would be expected to correct them on your order and send it back. After all, you ordered a frittata, not a caesar salad, right?

What does any of this have to do with Cyberpunk 2077 and the grimy, neon-lit underworld of Night City? Well, it turns out that after nine whole years of build-up and a hype-marathon that included times square billboards, Keanu-freakin-Reeves, Run the Jewels and Grimes (who happens to be married to possibly the single-most eligible person for a Cyberpunk cameo), that Cyberpunk 2077 hasn’t held up to the hype 100% of the time.

Cyberpunk 2077 Refunds for PS4, Xbox One Base Versions

While the last-gen consoles are still far from death’s door, with many current-gen games planned to sport  backwards compatibility until the inevitable market saturation point for PS5s and Xbox Series X/S, it’s no doubt that we are in the twilight years of the PS4 and Xbox One. It’s been just over seven years since players first jumped the third-gen ship into the era of the PS4 and Xbox One, and we’ve seen suped-up versions of both released in the last 3-4 years with the PS4 Pro and Xbox One X. So not all last-gen consoles are created equal.

And so it might not sound like much of a surprise that those who purchased their PS4 or Xbox One in November of 2013 are discovering issues with playing Cyberpunk 2077, primarily developed for next-gen technology with a huge number of intricate systems layered on top of each other in the sprawling, interactive world the game is set in.

Actually, it should be a surprise. Because when you order a frittata, you expect the eggs to be cooked. You expect the vegetables to be fresh, and the milk to be un-spoiled. It’s not altogether shocking to hear that performance is less than stellar on the rickety base versions of the last-gen consoles, but if the game is marketed and sold for the platform it should, inarguably, be fit for consumption.

And the sheer plethora of immersion-wrenching bugs and game-breaking glitches being reported show that little attention was given to the platform. But those players paid the full price for the game — just like everyone else — and any customer should get what they pay for if they foot the bill, whether it’s a frittata or Cyberpunk 2077.

They ordered a frittata and didn’t just get Caesar salad, they got a wilted Caesar salad with expired dressing.

And, to their credit, CDPR admitted to this and is offering officially-sanctioned refunds for last-gen base version gamers. So go for it. 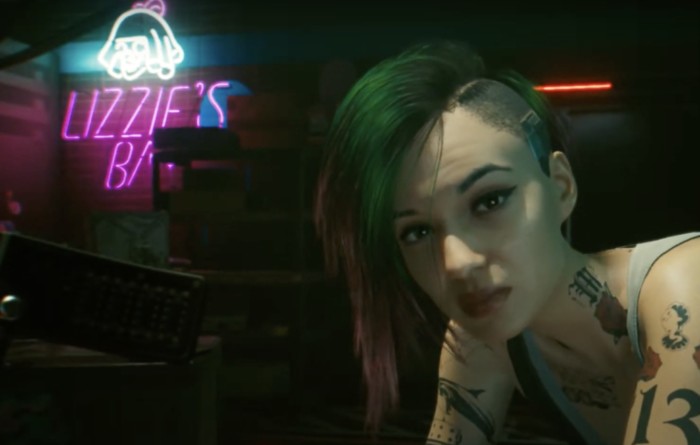 Cyberpunk 2077 built a lot of hype for itself. Coming on the heels of what is considered one of the greatest RPGs ever created, The Witcher 3: Wild Hunt, and with CD Projekt Red going full-corpo and leaving absolutely zero stones unturned in their hype-building, many expected Cyberpunk 2077 to be the second coming of RPG-jesus himself. And what they got instead was a really good RPG. Sure, it doesn’t have the best UI, and sure it takes a while to find your distinctive playstyle within or make the best attribute/perk choices right off the bat, and sure, it’s not the biggest explorable map ever made (though it’s probably the densest) but it’s a phenomenal undertaking.

The general reception to its narrative has been much acclaim for the narrative, rich with fully fleshed-out characters, excellent direction, and good, faithful usage of the original Cyberpunk’s extensive lore.

Not to mention the impeccable art and concept design underpinning everything you see in Night City. Sure, some of the prop choices and their frequency of appearance (you know the ones) are a bit over the top a few hours into the game, but Night City remains a vibrant and exquisitely detailed setting.

But maybe you’re just not happy with it. It’s just not your thing. Well, hearkening back to the frittata example, if you ordered Cyberpunk 2077 you got Cyberpunk 2077. This is what the game is. Unless you’re playing on the base last-gen consoles, the only thing CDPR owes you, arguably, is a receipt.

You have the right to be disappointed, and to some individual extent personally dismayed at just how many hype-scouters were shattered in anticipation of the game, but to request a refund for a game you played but weren’t 100% happy with is a matter of personal taste.

As long as your frittata was cooked according to the recipe stipulated if you didn’t like it well you shouldn’t order a frittata. Maybe you just don’t like sci-fi. Or you don’t like ARPGs.

Or perhaps you like both of those things but don’t enjoy the distinctive tone and atmosphere employed here. But $59.99 for a three hundred million dollar game seems fair, and as long as it runs for the most part a Cyberpunk 2077.

If you’re playing on a modern PC or current-gen console (or even Stadia for that matter), you’re getting the Cyberpunk 2077 everybody is having and if you don’t like it, well, maybe you just don’t like Cyberpunk 2077.