There is a lot happening in Marvel’s The Falcon and The Winter Soldier in terms of action. Scenes ranging from aerial acrobatic action to confrontations between the enhanced humans and our favorite buddy pair dominated the first two intense episodes. The emotional issues surrounding both Sam and Bucky also delve into the aspect of emotional adjustment for the Avengers. Just in case a traumatic war was not major enough, Marvel made sure that the five-year void for half of the planet’s population would finish the job as an added measure.

But Marvel is also showing us that it’s the little things that matter the most. Like the support that an intelligent, life-saving piece of tech can give a hero who saves the day. In a situation where every little move counts, you would want Redwing to be in absolute control of the littlest things. That’s how reliable The Falcon’s drone is during a time of crisis. Despite the show being about The Falcon and The Winter Soldier, Redwing also shares substantial screen time with the big shot heroes. So who is this cool drone? Here’s everything you need to know.

What is the Red Drone in The Falcon and The Winter Soldier? 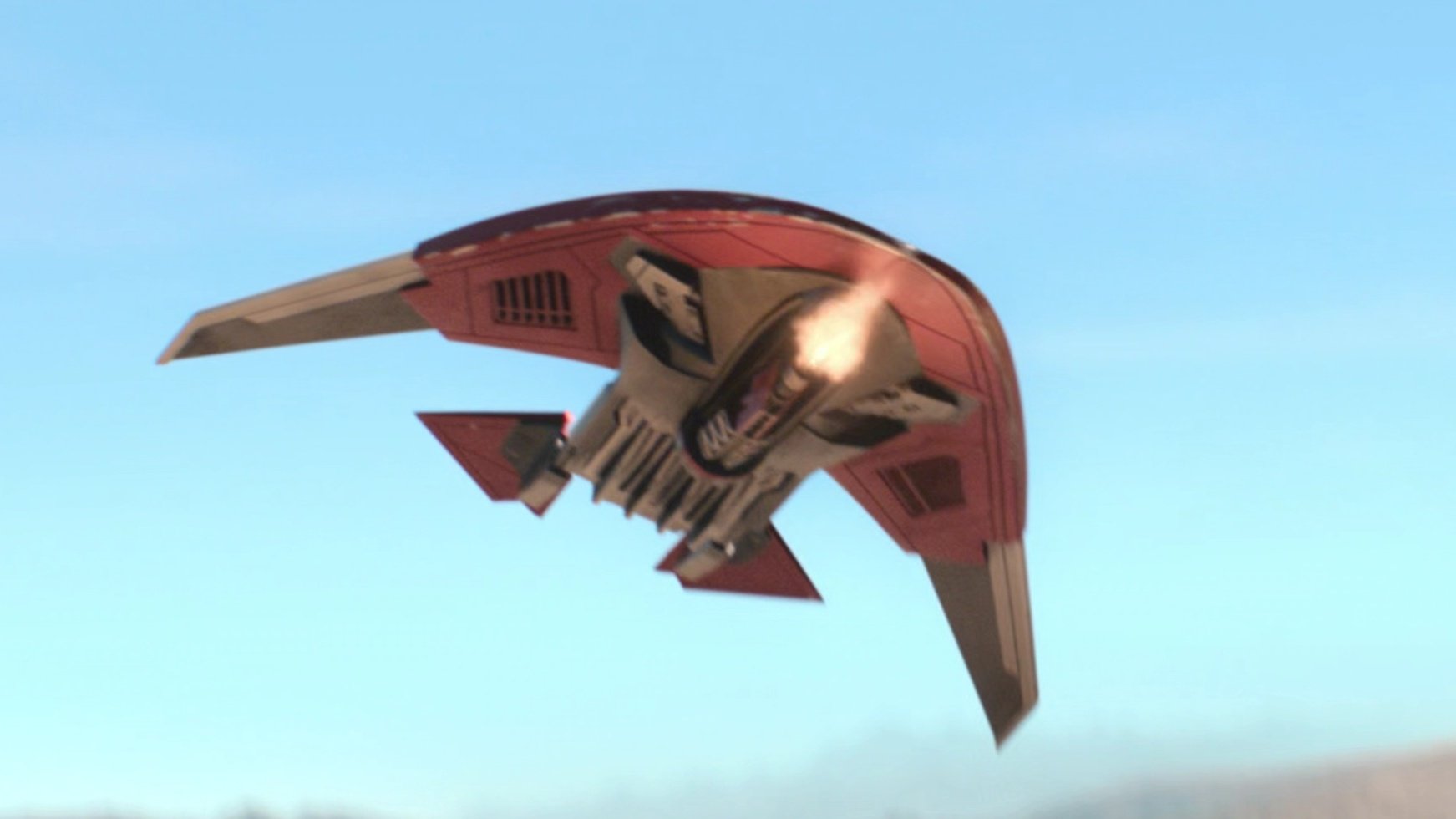 Viewers may have noticed The Falcon launching a red Drone in Captain America: Civil War, Avengers, and now, more prominently in The Falcon and The Winter Soldier. The red drone is fondly known as Redwing in the MCU. This brilliant piece of tech is also considered to be The Falcons companion/pet despite its artificial nature. Before the drone gained prominence as The Falcon’s sidekick/companion, it used to be a Stark Drone MK82 922 V 80Z V2 Prototype Unit V6. Upon the drone’s adoption by Sam, he christened the drone ‘Redwing’.

The drone is compatible with Falcon’s EXO-7 jetpack and can be deployed from the pack whenever the Falcon needs the drone’s capabilities. While Redwing is an intelligent device that was predominantly used for its reconnaissance skills, the drone has been consistently upgraded with every show and movie in the MCU to have higher capabilities that have saved not just The Falcon but even other Avengers in the MCU.

What inspired the concept of the Redwing? 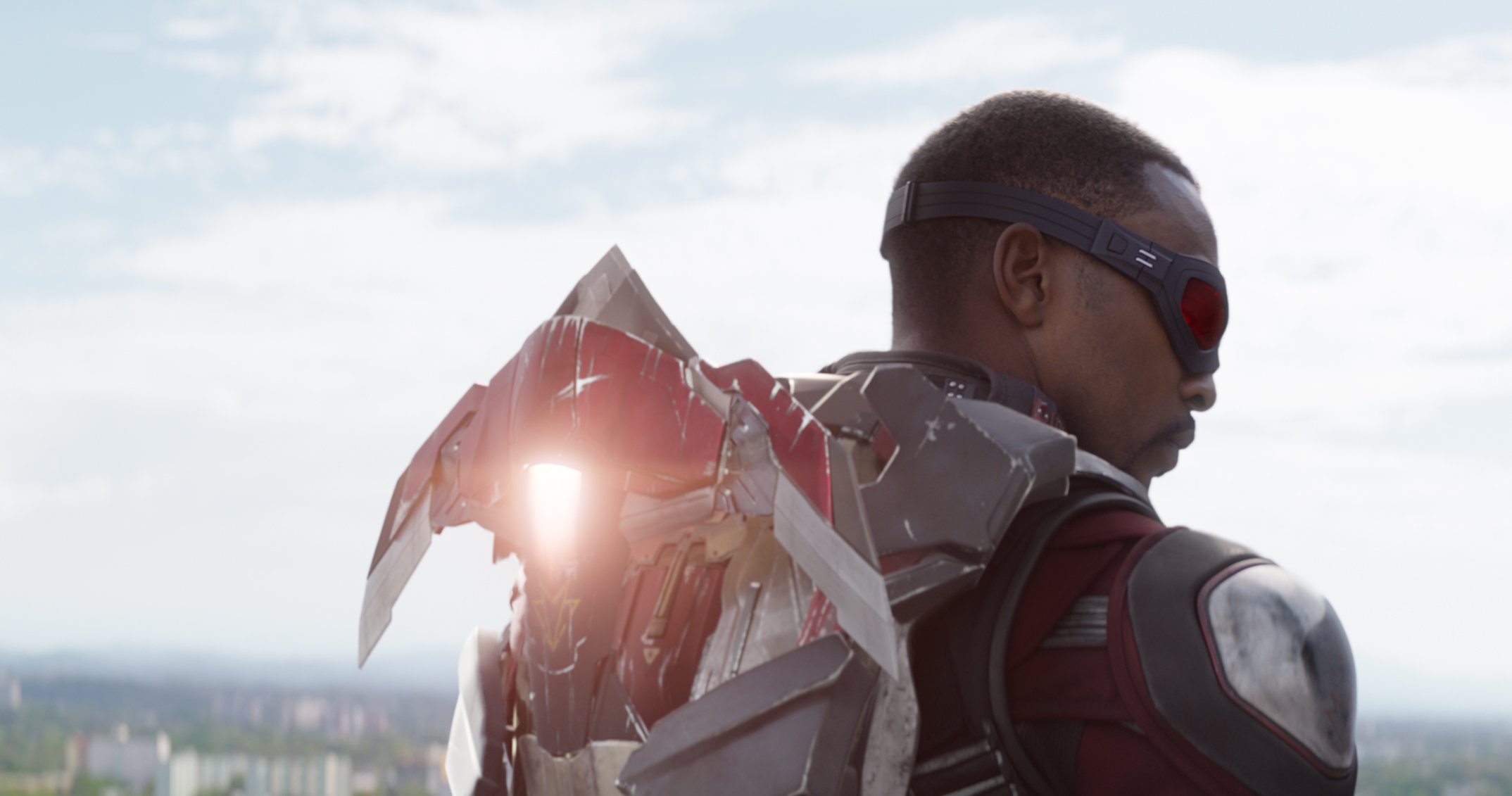 By now one can be certain that everything in the MCU (except the plot) is more or less inspired and even adopted from the comicverse. According to the comics, Sam met and bought the Redwing (who was an actual Falcon and not a drone) in Rio De Janeiro as part of the Earth 6-1-6 reality. Sam could communicate with the bird thanks to the powers he developed after the Red Skull exposed him to the Cosmic Cube. The exposure gave him the ability to communicate with birds or creatures with bird-like features telepathically as well as read the minds of alien species that had avian origins. Sam harnessed his ability to communicate with not just Redwing, but even other birds to help him reconnaissance enemy territories and get a lay of the land.

It is much easier for the comicverse to use an actual bird for The Falcon to have as a cool companion that enabled him to be a better Avenger, however, realistically speaking, it wouldn’t be feasible to use a live creature for pretty much any of the things that were being depicted in MCU. Firstly, The Falcon in the MCU does not have any special telepathic powers, and secondly, it’s kind of impossible to train a real bird to behave that intelligently. While a CGI bird was always an option, the evolved, drone version of Red Wing we are seeing is much cooler and efficient.

What are the features/capabilities/powers of the Redwing?

The drone Redwing in MCU is a powerhouse of special skills and abilities. Since this Redwing is a piece of Stark tech, it’s no surprise that Redwing always has something up its sleeve that inadvertently saves the day. So here’s everything you need to know about the Redwing.

Super small and compact in size, the Redwing is meant to be stored in a compartment specifically created for it in the EXO-7 Falcon suit. The small size of the drone allows it to deploy from the suit speedily and stealthily so that it can scout the environment without any detection while transmitting crucial data to Falcon’s special combat glasses.

Redwing’s reconnaissance capability is so powerful that it was able to keep track of even ant-man during a chase. Thanks to Stark’s powerful tech, Redwing comes fitted with a 360-degree camera and Stark’s intuitive and intelligent drone software. The software is incredibly thrifty with scanning capabilities in multiple spectrums which for X-Ray, Infrared, and Ultraviolet light The scanner is not just useful to track enemies, but even great for keeping track of hostages and innocent by-standers who might get injured or harmed during a fight. Thanks to Redwing’s reconnaissance capabilities, The Falcon is able to have an extra set of eyes during a battle or volatile situation.

Redwing is a mini Falcon in terms of speed, but its compact size gives it an edge over its owner in terms of stealth. The drone’s super silent flight and ability to maneuver small spaces make it perfect for reconnaissance missions. Redwing is also capable of flying in crowded spaces both without injuring anyone or getting noticed in the first place. It goes without saying that the drone has exceptional flight skills, thus enabling Redwing to be the perfect companion The Falcon.

Like we mentioned earlier, Redwing now comes with some kickass upgrades that go way beyond enabling it for stealth missions. Here’s a look at the drone’s overall capabilities in terms of weapons.

In terms of offensive capabilities, machine guns were a major upgrade for Redwing as we witnessed in Captain America: Civil War. Up until this upgrade, the drone mostly remained away from the action or entered the fray at a great personal loss. The machine guns allowed the drone to attack the enemies from angles that they never saw it coming. Redwing even used its guns to create an opportunity for Black Widow that allowed her to take the biological weapon from the terrorists before it could be released into the environment.

Another big one for the Redwing was the laser that it can use to cut through sealed hatches and doors. While Redwing uses this feature for novel purposes, the drone can absolutely decide to attack an enemy with this hardcore weapon should the need arise.

The laser and machine guns are cool but compact rocket missiles are even better. The drone was upgraded in The Falcon and The Winter Soldier with compact rockets which can be seen fitted right behind the camera. The explosive power of these rockets is pretty hardcore as they took down the rotor of a helicopter quite effortlessly. It will be interesting to see how these rocket missiles are put to use in the MCU.

Undoubtedly, the coolest feature of this drone was its ability to split into three smaller drones. This feature was actually revealed in Avengers: Infinity War and the main drone split into three and took down one of Thano’s troops. While Wakandan technology is suspected for this upgrade, all that matters is that Redwing became really badass after this particular feature was added to its arsenal.

Redwing is not short of cool features in the defensive department either. For one thing, the drone comes fitted with a grappling line that it can use to carry people into safety. Since the drone is capable of entering spaces that others can’t, there are instances when only the drone can salvage a situation.

Another cool defensive feature that the drone has is its Intelligence. Of course, the drone is no JARVIS, but it is intelligent enough to recognize when people are in danger and need saving. There were situations where The Falcon has literally asked Redwing to save them without any further instructions and that’s exactly what the drone does by using its own intelligence. Redwing also knows how to interface with The Falcon’s EXO-7 jetpack, which became of major relevance when the jetpack was damaged and needed its fuel to be rerouted to a broken thruster. Thanks to Redwing’s repairs, The Falcon was able to complete his mission.

The beauty of the drone version of Redwing is that no matter what happens, it can always be fixed, even upgraded to the next level. That’s at least one come back from the dead that we can safely expect in the MCU. Regardless, Redwing adds good spice to The Falcon’s action scenes and it’s worth following the journey of this drone in The Falcon and The Winter Soldier. We reckon the cute drone might already have accrued enough fans to become a fandom in its own right. Heaven knows how thoroughly the drone has earned it at this point. So what do you think about Redwing? Do leave us a comment and let us know your thoughts!

FalconTFATWSThe Falcon and the Winter Soldier

Is Joaquín Torres the next Falcon?