In the world of Superheroes, power is currency, and the one who can barter this currency is undoubtedly rich as hell. But one cannot deny that it’s the devil’s business thanks to the very nature of the job. We saw many characters (such as Tony Stark) grapple with their conscience because brokering power is akin to meddling with the fundamentals of human life and by virtue of that, committing a form of evil.

Unsurprisingly, when Mark Gruenwald wanted to introduce a chaotic character whose greed would trigger a strong narrative, he conceptualized the one we are now learning to be the Power Broker.

In MCU, the Power Broker has finally made his/her presence felt as viewers noted in episode 2 of The Falcon and The Winter Soldier. With a new character comes new speculations including why the Power Broker is chasing after the Flag Smashers. So here’s everything you need to know.

Who is the Power Broker in Marvel Comics

He hired Dr. Karl Malus (a mad albeit brilliant scientist) to create special technology that would create enhanced individuals. The Power Broker basically made a profit off of providing augmentation services to human beings who wanted an upgrade in strength. In the comics, it is thanks to the Power Broker that the U.S Agent gets his enhanced strength.

The Power Broker also provided his services to organizations that wanted to create enhanced humans for security purposes. Money was the motivator that drove his business.

Someone has to be the Power Broker in #TheFalconandtheWinterSoldier.
Is it Zemo? Ross? The other Ross?
I did some thinking today in The Power Broker Paradox https://t.co/tSURHFB78T#Marvel #DisneyPlus #MCU #MarvelStudios #buckybarnes #buckyandsam #Thunderbolts pic.twitter.com/4cFSHTZdEx

In a confrontation between Batroc, Karli and Sharon Carter, it is revealed that the Power Broker was Sharon all along. In hindsight, the show had been dropping hints all along. It was convenient that Sharon appeared to save Sam and Bucky from bounty hunters right when she does. Sharon does not enter the container either because there is no doubt that Dr. Nagel will recognize her, leaving Sam and Bucky to do their thing.

Most importantly, it’s unrealistic that Sharon would be that rich and living like a low-key mob-boss without having the wealth and clout required for it. So yes, when all the pieces fall into place, it couldn’t have been anyone but Sharon Carter.

Why the hell is the Power Broker after Flag Smashers?

The Power Broker was after the Flagsmashers because she wanted to recruit them into her service. Initially, she was after them to recover whatever Super-Soldier vials Karli had stolen, but after the vials were destroyed, Sharon cut her losses and settled for getting back the Super Soldiers that had already been created.

So is the Power Broker the bad guy?

There is a possibility that the Flag Smashers are not the worst things to happen in The Falcon and The Winter Soldier. The Power Broker is a really sinister character in the comics and has been responsible for not just the creation of many enhanced individuals but also for their supply to criminal organizations.

The only thing we can conclude from the show is that Sharon Carter is a hardcore businesswoman and more focused on making profits than the general good of humanity. Whatever happened in Madripoor changed her in a bad way and it’s very unlikely that she will come back over to the good side after having lost so much. What kind of role she will play as a villain is still uncertain.

Witnessing the budding friendship of Sam and Bucky was an absolute joy. While we cannot help but contemplate the other elements of the show, it is rather enjoyable to see these two together as they discover the healing that a friendship can offer, all the ass-kicking and fighting aside. While The Falcon and The Winter Soldier was fairly eventful, a lot is left to be unveiled and fans can expect to in speculation mode even till the very last episode if Marvel stays true to its nature. So stay tuned!

The Falcon’s Red Drone: Everything you need to know 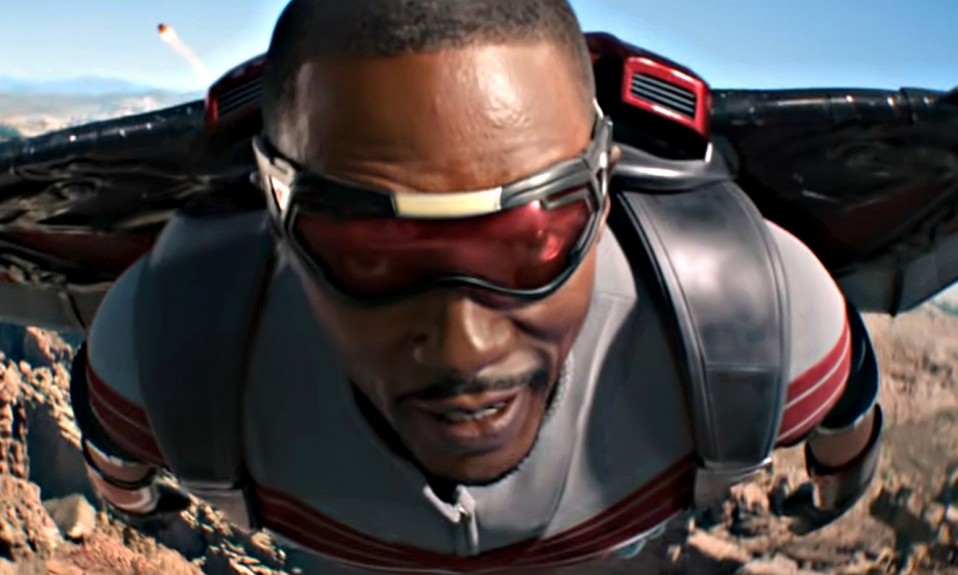 The Falcon and The Winter Soldier: Where Is Sam Wilson From?