Even if you have not had a pre-schooler in the house since 2004, it is still likely that you have heard about Peppa Pig. This children’s show amassed a huge following over the years, with its simple plots and colorful visuals.

If you have seen the anthropomorphic animated pig, but have no idea who she is, then here is all you need to know about the character and the show:

Who is Peppa Pig? 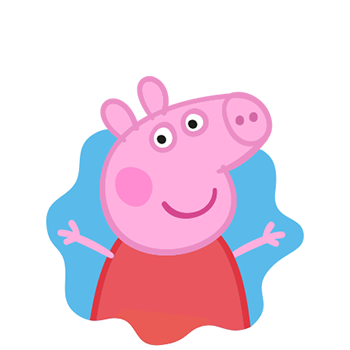 Peppa Pig is the protagonist of the children’s show of the same name. The show, basically, follows the simple everyday life of the four-year-old Peppa. Via her daily exploits, the show takes children through relatable issues, showing them how to deal with life in general. The, mostly five-minute-long, episodes are ideal for the short attention span of children. Characters in the show include Peppa’s family, friends, teacher, and other adults. All the characters of the show are anthropomorphic animals, ranging from dogs to giraffes.

The show started airing on Channel 5 and Nick Jr. in the UK. Since its 2004 airing, it has gained global popularity among children and some adults. In the US, the show is aired on Nick Jr. It has had six seasons, two specials, and a movie. There are also children’s books based on the show. Since the show was for a UK based audience originally, the characters mostly have British accents.

As of October 2020, there have been 316 episodes of the show. While the show takes long breaks between seasons, we have not seen the last of Peppa. However, a fan claims that Peppa is really dead!

The light-hearted show, meant for children, does not seem to be something out of the Grimm Brothers’ books. According to a former fan of the show, there is a much darker history behind it. A user of the social story-telling platform, Wattpad, made the theory, that the show stems from death, despair, and schizophrenia, popular.

The fan fiction, originally, was written by user Pandabear1099 on the art sharing platform, Deviant Art. She claims that when she was 12, she had gone to meet the producers of the show with her cousins. Before they left, a producer handed her a file, asking her to burn it later. The user continues that she read the file years later, and it had the show’s unfortunate backstory in it.

The fan says that every character, that we see in the show, is actually dead!

How did Peppa die?

So, if you are to go by this fan’s claims then Peppa the human child is dead. How did she die?

Poisoned by her parents! 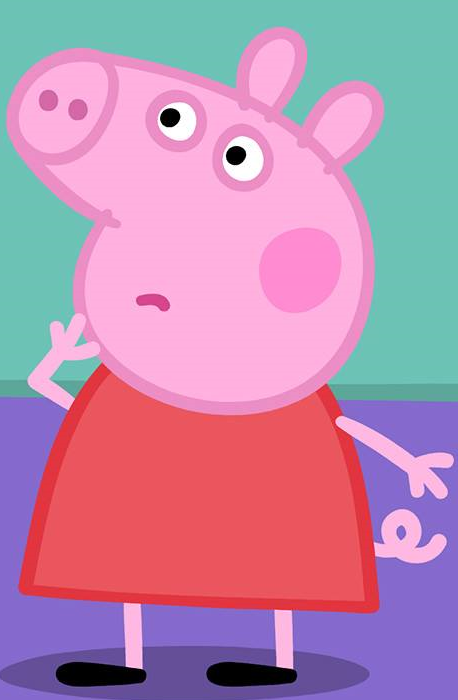 As per the mysterious file, Peppa was a four-year-old girl who had been a very ill child. Unable to watch her suffer, her parents decided to end her life. Having spent her life in a hospital bed, the young girl was poisoned by her parents. They euthanized her at night while she slept. She had been dreaming about fairies when her parents injected her with the poison. Thus in the show, she often dresses like a fairy and wants to be a fairy.

While Peppa Pig, the character, is not dead. Peppa, the child, is!

The twisted fan claims that it is not just Peppa who met with an untimely end. All the characters have actually died.

How did the other characters die?

While the theory states that every character represents a dead person, only a few of their supposed backstories have been shared. Let’s take a look at the ones that have been “revealed”: 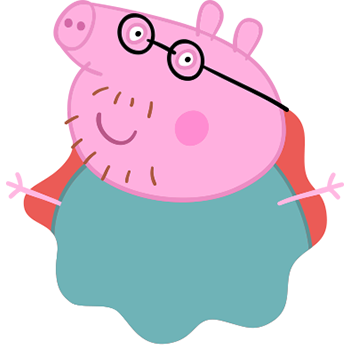 Unable to take the guilt of Peppa’s murder, her father apparently lost his mind. He decided to end his own life. He killed himself with a knife, around six-months after the daughter’s death. 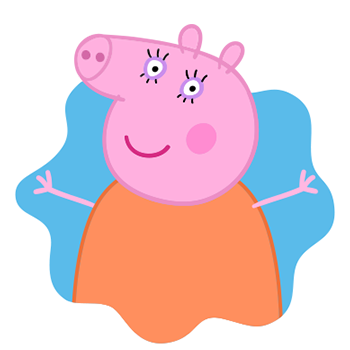 Mummy also faced a dark end, following the death of her daughter. Since she was a part of the plot, to end Peppa’s life, she too was burdened with endless guilt. She was stabbed/slashed to death by her husband before he killed himself. 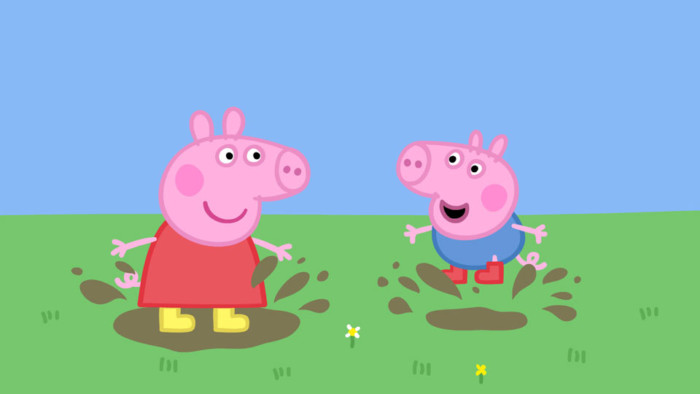 The two-year-old, George, was an innocent victim. He had no idea of what his parents had done to Peppa. He was too young to understand that she had died. So, he kept asking his parents where his older sister was. This kept aggravating the guilt of his parents. The guilt in the father’s heart piled up, till he snapped and killed George, mummy, and himself. 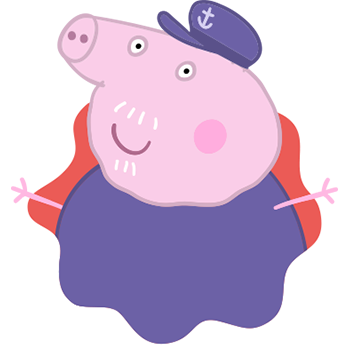 Peppa’s maternal grandfather had an untimely death in the family’s backyard. He was crushed to death when the Peppa’s treehouse collapsed on him. It is not mentioned if the accident happened before or after the death of Peppa’s family.

Peppa’s cousin was not spared a sad ending. The child was as spoilt in real life, as she is in the show. She wanted to have a puppet show, which her parents could not afford. She threatened to jump, from the roof of the family’s home, if she didn’t have her way. When her family did not give her what she wanted she did jump, ending her short life.

The paternal uncle of the protagonist died out of guilt, just like his brother. Both the brothers lost their daughters, driving them to a state where they took their own lives. He died by jumping off the roof of his home, just as his daughter had.

Uncle and Aunt had both been devastated by the death of their daughter. When she found out that she was pregnant, the couple decided to end their lives together. They could not imagine having another child after Chloe’s death. So, she too jumped off the roof to her death.

In the show, Alexander Pig is the infant cousin of Peppa and George. If the fan theory is to be believed, Alexander was never born! Aunt died when she found out about being pregnant. So, the baby never got to be born. 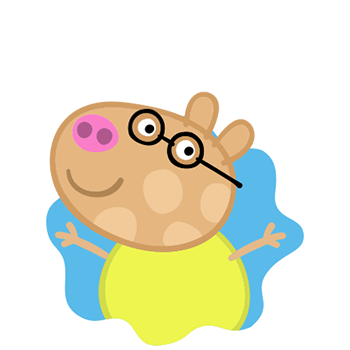 If infanticide is not your flavor of depression, then how about death by bullies?

The nerdy pony was a nerdy child before his death. He was bullied by his classmates. When the class went swimming, the children drowned Pedro. This is why even after his death, he is a nerdy child with few friends. 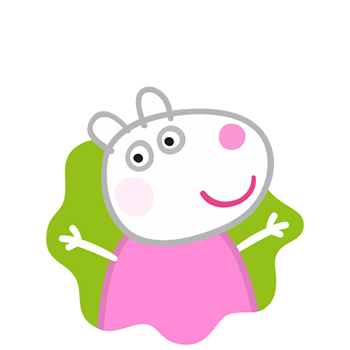 The child, who dreamed of being a nurse, died after being run over. Peppa’s best friend from the show loved riding her bike, while she was still alive. While riding her bike one day she was run over by a truck. The impact killed her almost instantly. 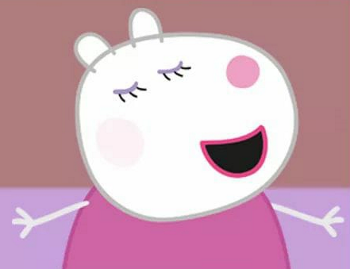 Even though she was not the reason behind her child’s death, Suzy’s mom was not able to cope with it. She was already an alcoholic when Suzy was alive. She started using drugs which led to an overdose that she did not survive.

While the gloomy fan did not reveal how morbid the Zebra family’s fates were, she did reveal the fate of Daddy Zebra. Daddy Zebra, also called Mr. Zebra, was the driver who hit and killed Suzy. He was spared prison for the accident. However, his wife left him, he was fired from his job, he lost his money, he lost his children, and he lost his home. Living alone on the streets, Mr. Zebra died as a homeless man. As he killed Suzy, the two are never seen on the show together, the fan claimed (Spoiler Alert! This is a plot hole). 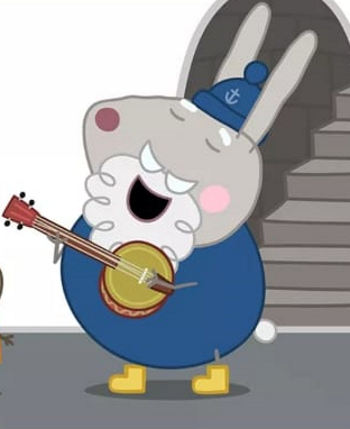 Not all deaths were supposedly gruesome. Most of the elders died natural deaths from old age. But not Grampy Rabbit! Returning to the morbid, the old rabbit was a man who went into the jungle and got lost. He eventually starved to death. This is why, in the afterlife, he was reincarnated as an animal that constantly loves munching, the fan noted.

Another father figure, another unfortunate end. According to the fan, Granddad Dog took care of his daughter and grandchild. He went on a boat ride, with his grandchild, when they had an accident. The boat caught fire, leading to the old man burning to death. 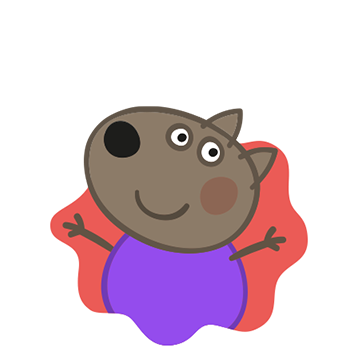 Danny was with his grandfather when the accident happened. The young boy, who loved sailing like his grandfather, unfortunately, drowned during the incident. This is why in the show, Granddad Dog does not want to take Danny sailing.

Madame Gazelle and the children 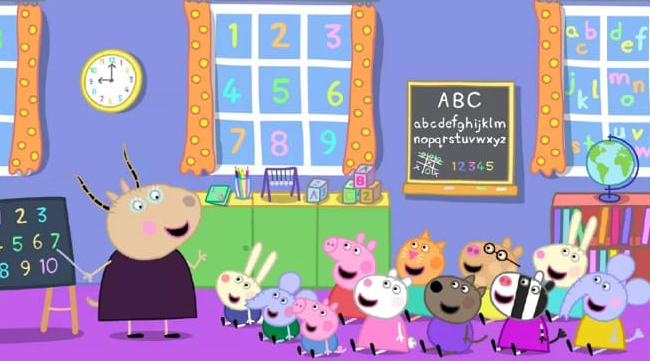 Another accident, that claimed more than one lives, was the one at the preschool. The passionate teacher, Madame Gazelle, was baking cookies with her class. They did not notice the oven was left on. A fire was caused by this careless mistake. It killed all the children, as well as the teacher.

The fan story makes the show less about Peppa and more about Granny Pig.

After the death of her husband, daughter, and grandchildren, she became schizophrenic. She started building a world in her head where all the characters were reborn as animals. So, the show basically took place inside Granny Pig’s slipping mind. When she met her friend, she told him about what she was imagining. After Granny’s death, the friend took the stories to Nickelodeon giving birth to the Peppa Pig Show!

But how true is the story? There are some major plot holes in what the author wrote and what happened in the show. How she got to know the backstory is also pretty sus. Here are some questions and plot holes we found: 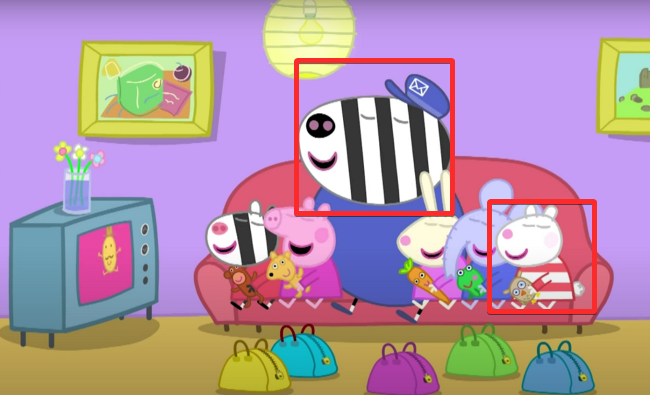 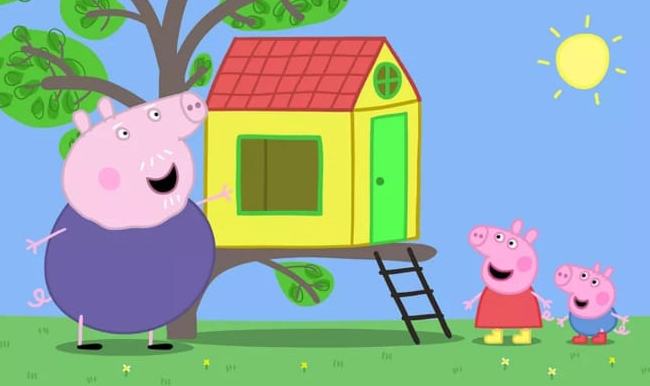 You can choose to believe the mortifying background. Or you can read it as completely fictitious, and let your preschooler continue enjoying the show. There is nothing dark or disturbing about the show. It is highly appropriate for young children. But “let me ruin your childhood” threads are your thing then, Animegeek00 has some majorly interesting ones.

The show had not ended and will probably return soon with new episodes.

What do you want to believe? Is Peppa really dead? Did you find more plot holes? How depressing was this fan theory? Share your feels in the comments.