We are now just a day away from what many are already considering to be the game of the year — if not the decade: Cyberpunk 2077. The far-flung, true-to-its-name cyberpunk-themed mega RPG has shattered hype-scouters all across the galaxy with its nigh-decade-long build-up and numerous delays, detours and star-powered surprises and is finally set to drop like a nuclear bomb on the world of gaming on December 10th (9th for Stadia users!). It hasn’t even released, and yet already the song of V and Johnny Silverhand is being heralded as a contender for video game GOAT status, rightfully or not.

If you’re on the fence, still wondering if you want to shell out the sixty bucks for Cyberpunk 2077, whether it’s worth it or if Cyberpunk 2077 could possibly live up to the hype it’s built for itself, then this is the breakdown for you.

What to Expect in Cyberpunk 2077

CD Projekt Red has spent close to a decade and something north of 300 million dollars bringing Cyberpunk 2077’s neon-drunk masterpiece, Night City, to life and so players can sleep easy (but with one eye open, of course) that what awaits them is nothing short of massive. Much ado has been made about what is, technically, a “smaller” map than many might have expected (with some estimates putting at, or slightly small than The Witcher 3: Wild Hunt’s map) but only a fool would take pure horizontal space as the singular yardstick to measure a world by.

Not only is Night City plenty big, what makes it especially massive is the height. As is appropriate for a setting in a far-flung dystopian future, Night City is populated with numerous mega-scrapers in its more decadent districts, supposedly none of which is filler space. As opposed to Skyrim’s or Witcher’s huge rolling fields of trees, rocks, bushes, more trees, and more rocks, and maybe a stream, every inch of Night City’s sprawling metropolis has been designed. It is this immense amount of interior space alone that apparently pushed CD Projekt Red to opt for the first-person view rather than the third-person of The Witcher games.

According to How Long to Beat, The Witcher III: Wild Hunt takes an average of 52 to hours to complete — and that’s just the main questline. Sidequests and other off-the-beaten-path content can balloon that number to three or four times as much — which is no laughing matter. That’s a lot of time drenched in the blood of monsters and lounging in dimly lit hot-tub rooms. Senior Designer at CD Projekt RED, Patrick Mills, told the audience during a post-Night City Wire AMA that despite the resounding love and enduring affection for the game, many were dismayed by the length of the main story questline and failed to ever complete it.

To remedy this, CD Projekt RED chose to shorten the length of Cyberpunk 2077’s main questline “slightly” so that the more casual players not looking to sink triple-digit numbers into the game can see an ending without getting burned out. Without any hard numbers to back it up, this could mean anywhere between 30 and 40 hours.

On the other hand, the development team responsible for the Witcher 3’s sidequests has apparently doubled in size and, with nine years of development and literal hundreds of millions of dollars behind them, you can expect hundreds and hundreds of hours of explorable game time stacked on top of that comparatively smaller main questline.

Like any good RPG, Cyberpunk 2077 finds much of its flavor in its variation. Multiple pathways through the same game, including apparently a nonviolent option, extensive character customization, and, of course, a branching narrative. Where Cyberpunk 2077 seems to set itself apart in that last department is less through innovation and more through magnitude — rather than major forks in the narrative road at a few key junctures, Cyberpunk 2077 seems to take a winding, serpentine path through its story with even minute choices steering the wheel one way or another. Players can expect to see even more reactivity in the bustling, fluid Night City all around them as they continue to sculpt and shape with each choice they make, however small.

The way the Witcher games managed to overshadow its own source material, Cyberpunk 2077 too is based on an older idea for a very different medium: a tabletop game. The original pen-and-paper game, Cyberpunk (A.K.A Cyberpunk 2020 or Cyberpunk Red based on which edition of the game you’re talking about) was something like, well, cyberpunk Dungeons & Dragons and is the singular inspiration for Cyberpunk 2077. It is where Night City itself calls home.

Mike Pondsmith, chairman of R. Talsorian Games and creator of Cyberpunk and its numerous major additions, first wove the intricately detailed universe that Night City calls home over 30 years ago in 1988 and resisted numerous attempts to bring the game into new mediums for fear of poor adaptation.

“We’ve approached doing it as a video game numerous times before. We have fought to find somebody who was enough of a fan of the world and the game to not want to change it around, or stick a label of Cyberpunk on it and do something totally different.”  Pondsmith said in an interview on the official Cyberpunk 2077 Youtube channel. “When CDPR approached us, what we realized really rapidly was these guys are fans. These guys know the material — they’re quoting things back to me I’ve forgotten because they got it.”

What makes Cyberpunk 2077 interesting to even those familiar with the original tabletop games is how the game ties into the latter’s timeline. The cyberpunk games take place across numerous decades, starting from the turn of the millennium and moving on to the 2040’s with Cyberpunk Red. Cyberpunk 2077 brings the narrative forward by almost thirty years, pushing along the technology as well. 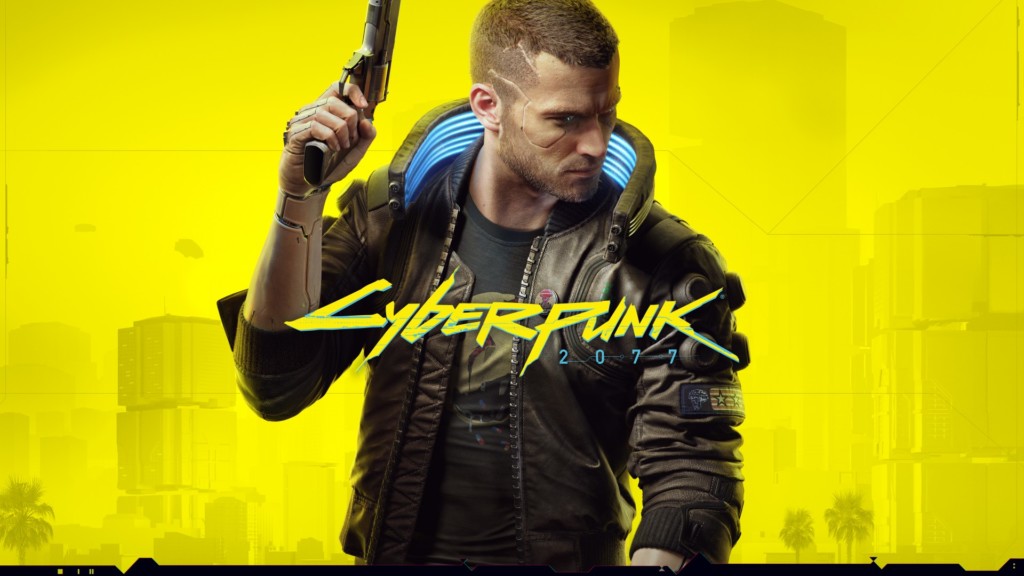 The art of Cyberpunk 2077, though not without controversy, is a masterful display of high-level concept design and a unified, artistic voice. Sci-fi is considered the most difficult (and expensive) genre to concept for, with so much in the way of real design challenges and creative hard surface modeling. Games set in a dark fantasy world like Skyrim or the Witcher can draw from real historical settings for direct reference, every aspect of character and environment in a game like Cyberpunk requires talented, skilled, and experienced. teams of high-level concept artists to pull it off.

Cyberpunk 2077 is slated to come riding in with more character variation and role-playing than the Witcher 3 did, staying true to its roots in the early age of OG tabletop games. Aside from the Lifepathing, class systems, and branching narrative, Cyberpunk 2077 adds a flip-side to all of the usual mechanics. On top of the extensive array of equipment and augments, Cyberpunk features a deep Style system, each with its own tie-ins into the society of Night City. On top of traditional XP, used to level and unlock combat abilities, is Street Cred — essentially respect, obtained through side missions and other content — that unlocks new dialogue options and vendors throughout the city. Indeed, navigating the murky, technicolor waters of Night City requires more than just min/maxing stats and looking up “best builds” — it requires you to actually immerse yourself in the role as an individual.

Fans of shooters who’ve never been able to find a home in the sword-and-sorcery dominated RPG space might finally find refuge in Cyberpunk 2077. Unlike every installment of the Witcher, Cyberpunk 2077 is first-person through and through. Despite the robust character customization, the game’s immense amount of interior content necessitated the team opt for first-person — which synchronizes perfectly with the obvious emphasis on firearms. There are, of course, plenty of ways to kill people up close but you’ll find a lot more weapons of the ballistic and energy variety than you will a crush/slash/pierce type system.

Anybody who likes to keep their pulse on the rapidly evolving world of gaming is probably already tuned into Cyberpunk 2077, and those who aren’t should be. Cyberpunk 2077 is easily the most anticipated game of the decade and synergizes not only next-generation graphics but next-gen game design. With so many systems stacked on top of each other and such robust variability in possible character experience, anybody interested in seeing where gaming’s at should keep their eyes peeled Dec 10th onwards (Or December 9th)

Make no mistake about it: Cyberpunk 2077 is not for kids. Indeed, the marketing department has pulled no punches in its edgy, controversial marketing and the themes explored in the game, aside from the gratuitous violence, drug use, and swearing, seems to be the wilderness of human sexuality. From gleaming, metal-skinned companions to provocative soda ads, Cyberpunk 2077 delves deep into the cybernetic human heart in myriad ways.

Cyberpunk 2077 isn’t Fall Guys or Among Us. It’s not a game made to pick-up/put-down a few minutes at a time. It’s a grungy, narrative-driven rabbit hole with an immense amount of character and setting to uncover. With so much to explore, so much to experience, those looking to dip their toes into the water of the newest game will find themselves either dissatisfied with their short foray through Night City or daunted by the sprawling, immense adventure before them and just how frighteningly long it may take to explore it all. Those who want a gigantic, fully-realized world to explore will be kids in a neon-lit candy store; people looking for something more like subway surfers should flee as fast as their feet will carry them.

The Faint of Heart

Cyberpunk 2077 is dark. It is morbid. It is brutal. As Pondsmith himself summed it up, “Cyberpunk isn’t about saving humanity — it’s about saving yourself.” Players should be prepared for a gritty tale of betrayal, scheming, violence and thievery in a dystopian, dog-eat-dog world. Swimming through the crime-infested grottos of Night City and floating through the corrupt, upper-echelons of the city’s most powerful inhabitants will take V to dark places of the human heart and is the last place those looking for some lighthearted fun should go. Pick up a copy of Cake Bash or Human: Fall Flat if you need something a little softer around the edges.

Are you as stoked as everyone else for Cyberpunk 2077? Be sure to check back with us in the coming days for extensive coverage of everything Cyberpunk 2077!