Loki has had twists and turns galore since episode one and for those who aren’t caught up yet, it continues to astonish even as we are a few days from the finale. The abundance of the plot with one Loki alone is enough to create an interesting narrative and yet we have the good fortune of getting far more. With multiple Lokis from different dimensions adding their own narratives to the show, the intensity of the subplots has gone to a different level. One of the Lokis delivers a dialogue that clearly implies that he successfully managed to kill Thor. This Loki, also known as Kid Loki, has become the subject of crazy speculation which has lead fans to wonder about the origin story of how he managed to kill Thor at such a young age. Here’s everything you need to know.

Who is Kid Loki?

Kid Loki was introduced for the first time in episode 4 of Loki, when the group of Lokis including Classic Loki, Boastful Loki, Alligator Loki and Kid Loki together save the original Loki from Alioth’s destruction. In MCU, the other Lokis acknowledge Kid Loki as their king. Kid Loki’s major flex is that he managed to kill Thor, something that the other Lokis were never able to do. This managed to garner their respect and acknowledgement, at least of the four who chose to stick around.

In the show, there are two factions of Lokis. The first faction is that of Lokis who try their best to change and be better versions of themselves. This is the faction lead by Kid Loki and also the one that manages to save the original Loki. The other faction is mostly petty, looking for a way to usurp leadership and manage to create utter havoc and destruction to get said leadership in Kid Loki’s bunker. Towards the end of episode 5, as the original Loki and Lady Loki try to enchant Alioth, only Classic Loki is seen attempting to create a distraction whilst both Kid Loki and Alligator Loki appear to be missing.

We’re still not certain about how Kid Loki fits into the entire narrative. He could have done something much worse than killing thor and is deceiving everyone for all we know or Kid Loki might just be playing a minor role to support the cause of the original Loki and Lady Loki i.e. take down the Time Variance Authority. A lot depends on the unveiling in the finale episode.

Kid Loki made his first appearance in Thor #617 back in 2010. This character remain in the comic verse till 2019, having contributed to Young Avengers and helped in the takedown of many villains in the span of nine years. In the comics, Kid Loki is a reincarnation of the original lord of mischief who died protecting Asgard and is reborn in the form of a young French boy named Serrure. Eventually Thor discovers that his brother managed to cheat death in a tricky deal with Hela whom the evil Loki managed to manipulate into removing his name from the book of Hel.

Kid Loki manages to recover his memories regarding who he truly was thanks to Thor. He tries to separate the actions of evil Loki by manifesting that part of him into a magpie that he calls Ikol. However, while Loki tries his hardest to reject his villainous ways and do actual good, the evil side of him (Ikol) manages to overwhelm him in an incident with the Fear Crown and Thor’s anger. After the incident, Kid Loki is replaced by his original evil version for good.

The story behind how Kid Loki killed Thor

In the MCU, there is absolutely no back story regarding how Kid Loki managed to kill Thor. Indeed the confirmation regarding Kid Loki killing Thor is nothing more than the acknowledgment of the other Lokis. Since this character is deceptive by its very fundamental nature, it is difficult to ascertain whether Kid Loki is all he claims to be or deceptive in his very appearance.

If however, the MCU is taking Kid Loki’s backstory directly from the comics, then this is the most likely story.

In the comics, Kid Loki did not actually intend to kill Thor. In fact, Kid Loki revered and loved him deeply, in a way that none of the other Lokis ever could. In the arc with Skadi and his serpent, Thor’s death was a result of Kid Thor rewriting the Serpant’s history to include a weak moment when Thor would kill the creature, however, the cost of this death would mean Thor’s death as well. So while Loki never directly kills Thor, he more than ensures that it will happen.

Of course, changing the course of the past to manipulate the future is not akin to murder. So technically, even though Loki ensured that Thor would be dead, he did not intend for it nor did he plan for things to happen the way they did. In the comics, Kid Loki is not a murderer.

Is Kid Loki the mega villain?

The reason why Kid Loki became a topic of conversation as a mega villain is mostly because of the Frog Thor in a jar. In one of the fleeting scenes right at the beginning of the episode, fans caught a scene in which the Frog Thor was struggling to get out of the jar and survive the onslaught of Alioth. Fans believe that it was Kid Loki who trapped Frog Thor and is a harbinger of evil that is much worse.

It is worth considering that Kid Loki could be a mega villain because in a show that is entirely dedicated to Lokis, it’s not a farfetched thought that the main villain could be Loki himself. Why else could TVA possibly be after all the Lokis across all timelines?  A lot depends on the final episode, including the unveiling of the villain. 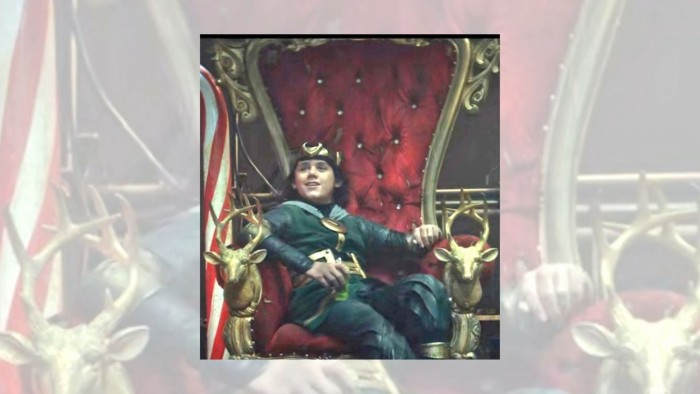 Regardless of speculations regarding Loki’s character, there is no doubt that the actor playing Kid Loki is doing a phenomenal job. Actor Jack Veal plays the role of this interesting version of Loki and has a roster of movies to back his acting prowess. Previously, Veal appeared in the Netflix series End of the F***ing World as Little James and TV series Call the Midwife. A prolific child actor, Veal displays great range and skill for his age. It’s no surprise that he was cast for the role of Kid Loki.

That’s everything there is to know about Kid Loki as well as his claim regarding killing Thor. We hope you found this article helpful. Take care and stay safe!