Beat on the Brat is Cyberpunk 2077’s answer to Rocky, turning you into a surprise boxing upstart punching his way to an eventual face off with Nighty’s Bare Knuckle king, Razor Hughs. But before you can take a shot at the underworld’s grittiest title, you’ve gotta duck and weave your way up the ladder by knocking down a series of fellow contenders, some honorable, some not so much (looking at you, Buck Reynolds.) If you’re here looking to take down Rhino in this Beat on the Brat: Rancho Coronado Guide, you’ve probably already taken out the Twins, Buck Reynolds, and El Cesar (check out our step-by-step guides for each of those if you haven’t!) and are ready for Beat on the Brat’s semi-finale: you squaring off against the leader of the Animals street gang, Rhino.

Getting to the Fight 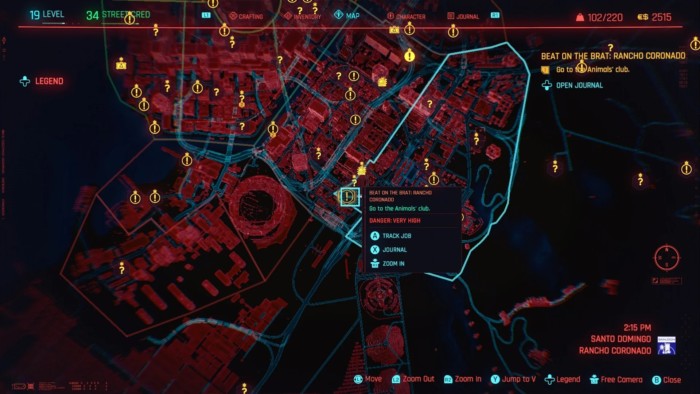 The fight is located in the grungy den of the Animals street gang which you’ll find in an abandoned-seeming warehouse in the center of the city. Tagging the location with a quest marker will lead you to the nondescript building in the middle of a backwater hood. A meathead guard will give you some attitude outside but, if you have enough points in Body, you can basically tell him to shut up and get out of your way.

Once you’re inside, you’ll find the Cyberpunk 2077 equivalent of an octagon in the form of a pit set in the center of the warehouse. Another monstrous hype-man will make a comment as you pass by him in the stairs, but if you’re strapped for time you can just ignore him and stride on over to Rhino where she sits all by her lonesome on that ratty couch of hers.

You won’t have to ante up any eddies for this fight. Rhino doesn’t believe in “besmirching” the honor of bare-knuckle boxing with something as mundane as money. Which is good for us, because she’s really good at bare-knuckle boxing. After a short, relatively conflict-free dialogue, Rhino’ll drop down into the pit and beckon you inside for the fight. It’s all surprisingly friendly.

Seriously. She may look somewhat ridiculous charging you and swinging those low hooks to the body, but for most players around level 20, it’ll only take 2 to KO you. You can’t tank any shots from this beast. Thankfully though, she’s pretty slow and easy to see coming — especially compared to El Cesar. Just beware of her leaping attack.

The key to beating Rhino is similar to how you take out buck — interrupting her charges with heavy attacks and getting ready to dodge like a madman if she doesn’t stumble. The key difference is the setting; When fighting Buck, you had an open patch of dirt to maneuver around in — against Rhino, you’re trapped in a somewhat claustrophobia-inducing pit. Don’t stand against the wall while she charges you. If your heavy attack doesn’t stun her, you won’t be able to dodge out of the way of her combo which will kill you. Instead, try to meet her charge at the center of the pit, so that if she doesn’t get stunned you still have room to slip and slide out of the death-zone.

Again, while Rhino essentially employs the same tactics as Buck (alongside a jumping attack), her raw stats seem to be better in every way — including recovery time. You can sneak a few extra hits in after stunning her, but it’s safer to reserve your strikes for the singular heavy attacks you use to interrupt her charge. As long as you’ve perked up a bit in Street Brawler, you should hit hard enough to chunk her once you’ve found your rhythm.

And that’s pretty much all there is to defeating Rhino. Make sure to meet her in the center, don’t get trapped against the wall, watch out for her jump attack, don’t get hasty and you should be fully equipped to KO the monster of a bare-knuckle monster she is.

Up next is your final showdown with Razor Hughes, champion of Night City. If you have any other fights to attend to, be sure to check out the rest of our Beat on the Brat guides! 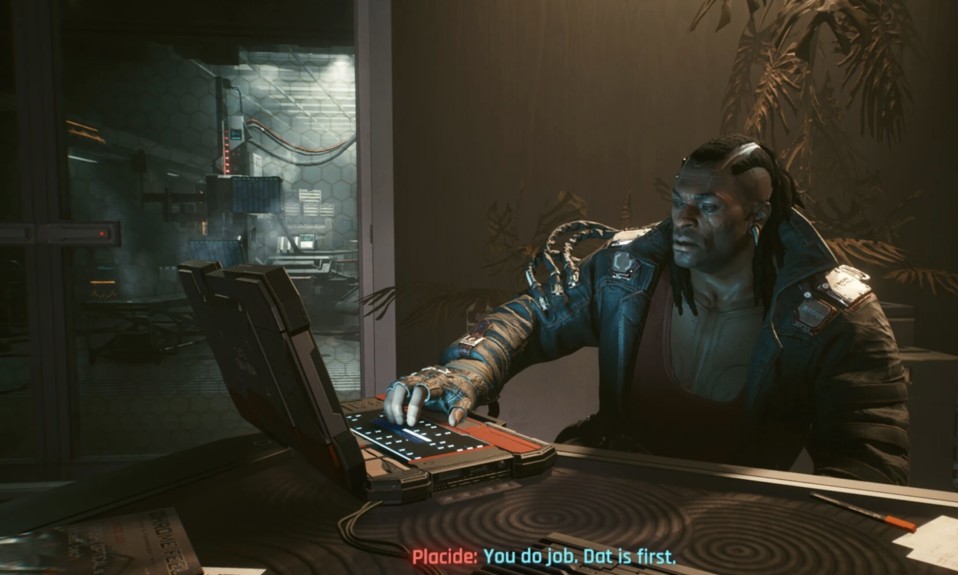