With us almost 4 months removed from the absolute dumpster fire of a PR debacle that was the Cyberpunk 2077 launch, we can take a look back and assess with a little more objectivity whether or not the game heralded by so many to be the one RPG to rule them all, was indeed a flop.

While it should seem unlikely, or even impossible, that a game created by one of the most celebrated and well-loved developers in the world, starring one of the most celebrated and well-loved celebrities in the world, could crash and burn as hard as a Tang Kao transport ship flying over the Badlands after nine whole years of development and hype building, with the fiasco surrounding its release on last GEN consoles, what should’ve been a remote possibility is starting to seem a lot more likely.

Considering the outcry over the game’s release, anyone would be quick to assume that Cyberpunk 2077 easily constitutes the worst thing that ever happened to CD Projekt Red. But does every cloud have a silver lining? Down below we’ll take a step-by-step approach to assess whether or not CD Projekt RED’s long-awaited pride and joy cost them more than it brought in, financially and, for lack of a better term, morally.

Looking at the Numbers 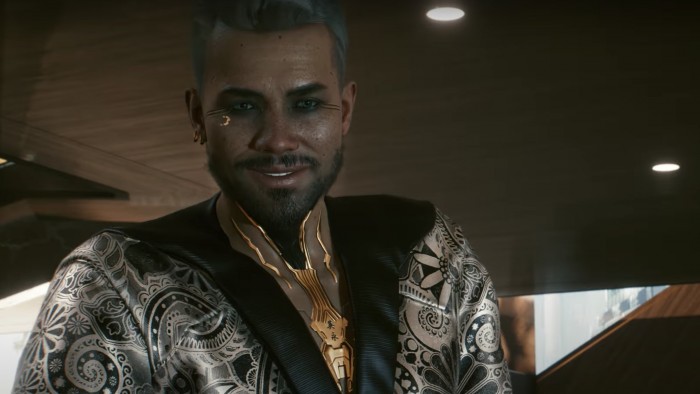 Looking strictly at sales numbers alone, it’s hard to argue that Cyberpunk 2077 was an outright failure. In a memo released by CD Projekt RED’s leadership shortly after the title’s release, It was revealed that the cost of production, promotion and total marketing expenditure had been recouped and the game had already turned a profit through pre-orders alone. Couple this with the fact that the game sold 13 million copies in December alone (even if every copy sold was a base edition, this equates to close to a billion dollars after breaking even) and it becomes clear that, through both hell and high water, Cyberpunk 2077 netted CD Projekt RED a hefty sum.

Sales Have Since Slowed 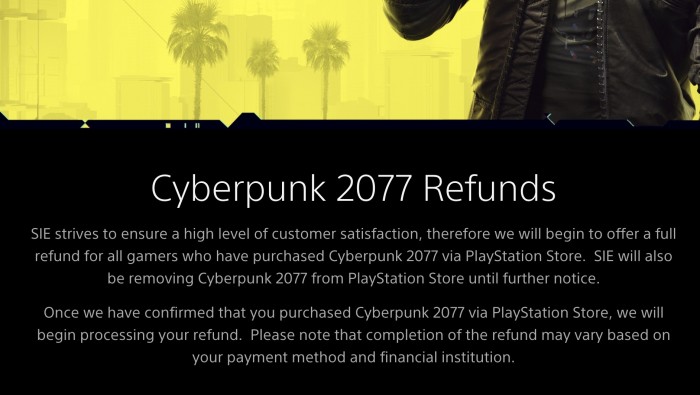 While the game may have raked in close to $1 billion in its first month alone, in the wake of numerous controversies surrounding everything from a conspicuously absent epilepsy warning to performance on last-gen consoles so absurdly bad it led to the game’s instant meme-ification, the title was pulled from the shelves of Sony’s PlayStation store and has yet to reappear since. Indeed, as the gaming world knows, the performance was so atrocious and so wholly unexpected that CD Projekt RED was forced to issue a public apology, offering a full refund to any last-gen console owners who requested one. PlayStation themselves and even hard-copy retailers like Gamestop began to issue refunds of their own, tripling down on the seeming shame that Cyberpunk 2077 managed to bring to the once venerated house of CDPR.

And despite numerous hotfixes and patches, the game has failed to pick up steam in the time since. Cyberpunk 2077 barely managed to squeak into NDP group’s top 20 most sold games for January, being outdone by much older titles like Minecraft PS4 and Breath of the Wild and barely edging out Super Mario Party and EA Sports UFC 4. On the other hand, Assassin’s Creed: Valhalla and Call of Duty: Black Ops Cold War continue to smash records and dominate the top of the charts, leaving Cyberpunk 2o77 in the dust. When measured against these two, each of which were released in a similar time frame and with their own scouter-shattering levels of hype, it does not bode well for the game’s long-term future considering it was built up over almost a decade as the next RPG-esus. 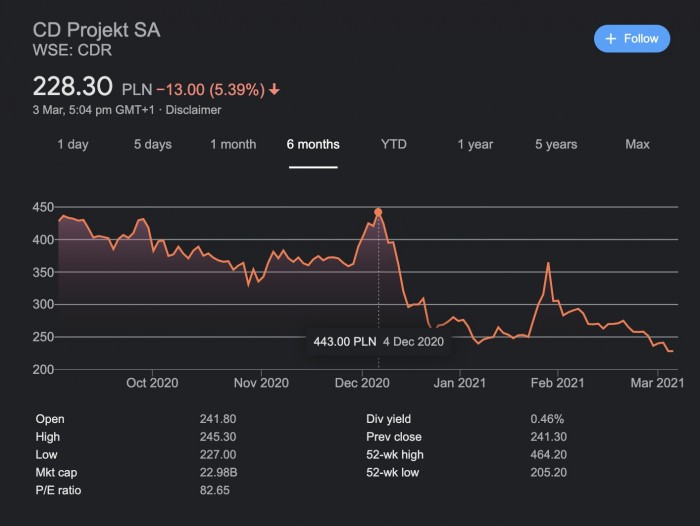 The most salient casualty of the game’s disastrous release and subsequent handling of the fiasco on the part of CD Project RED, is without a doubt, the stock price of CD Project SA which has, in the time since Cyberpunk 2077 launch’s, nearly halved. During the height of anticipation on December 4 2020, roughly one week before launch, CD Projekt SA stock was trading at around 448 PLN — today it sits at 228 PLN. The ultimate ramifications of this severe devaluation may not be seen immediately — but it is a reflection of investor confidence in CD Projekt RED’s brand value and can potentially make things financially more difficult for the Polish developer moving forward. 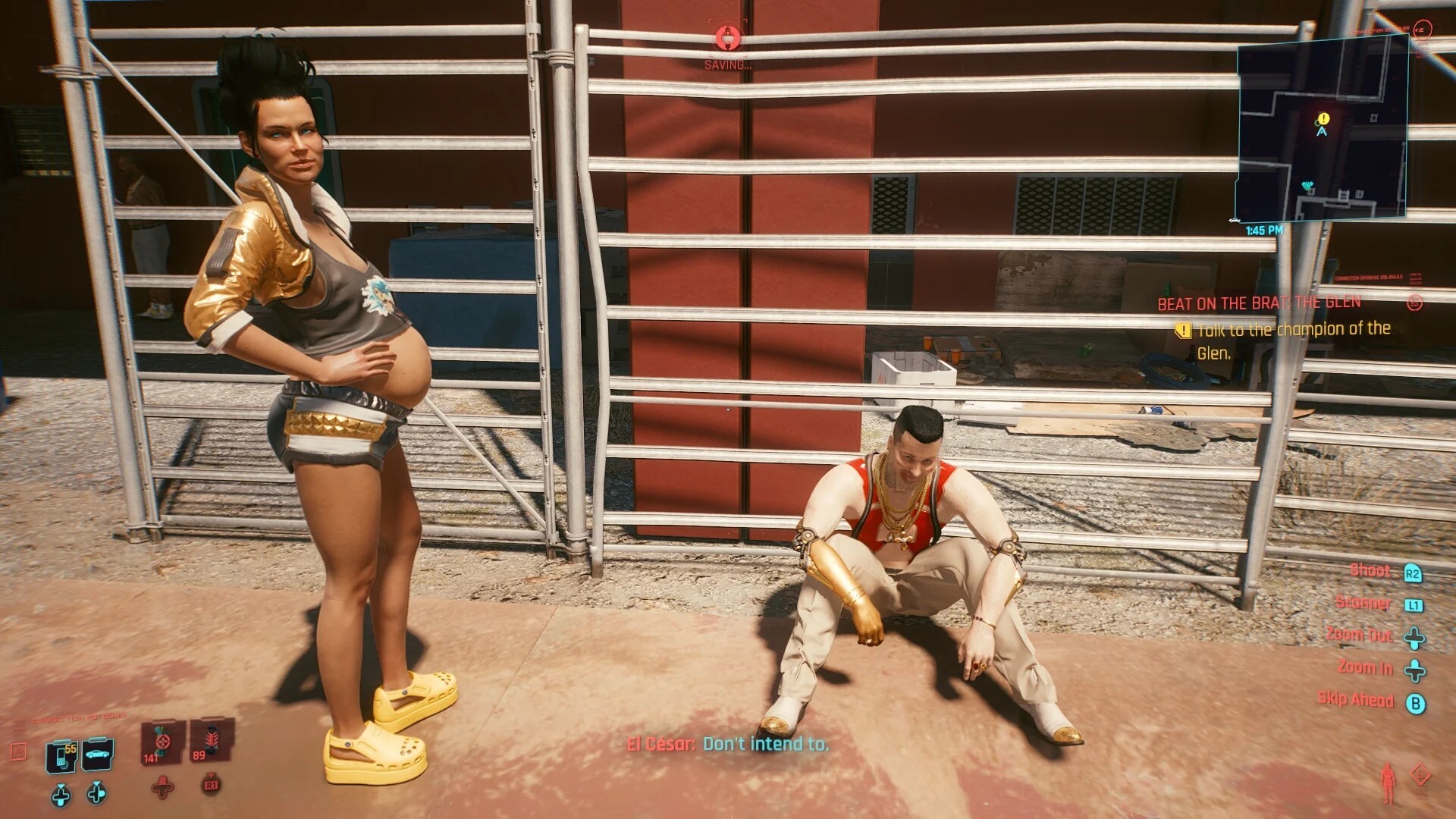 While the IP may have been, in actuality, incredibly profitable in an immediate sense, the real question is the opportunity cost of such a bitter PR failure on CD Projekt RED’s part. While it may have indeed sold tens of millions of copies and generated something in the neighborhood of a billion dollars in revenue — the fact that it was able to accomplish this despite everything that could’ve possibly gone wrong going wrong — and then some — leads one to wonder just how successful the title it might have been had its release gone even a little more smoothly.

But brand value cannot be assessed through sheer numbers alone. Even institutional investors know to evaluate the intangible values, like the charisma or intelligence of a company’s leadership, or its relationship to its customers. These are the values that can guide a fundamentally sound company through turbulent waters and promise a brighter future when days are dark.

And this is, unfortunately, where CD Projekt RED may have stumbled furthest.

Lost Faith of the Witcher Fanbase 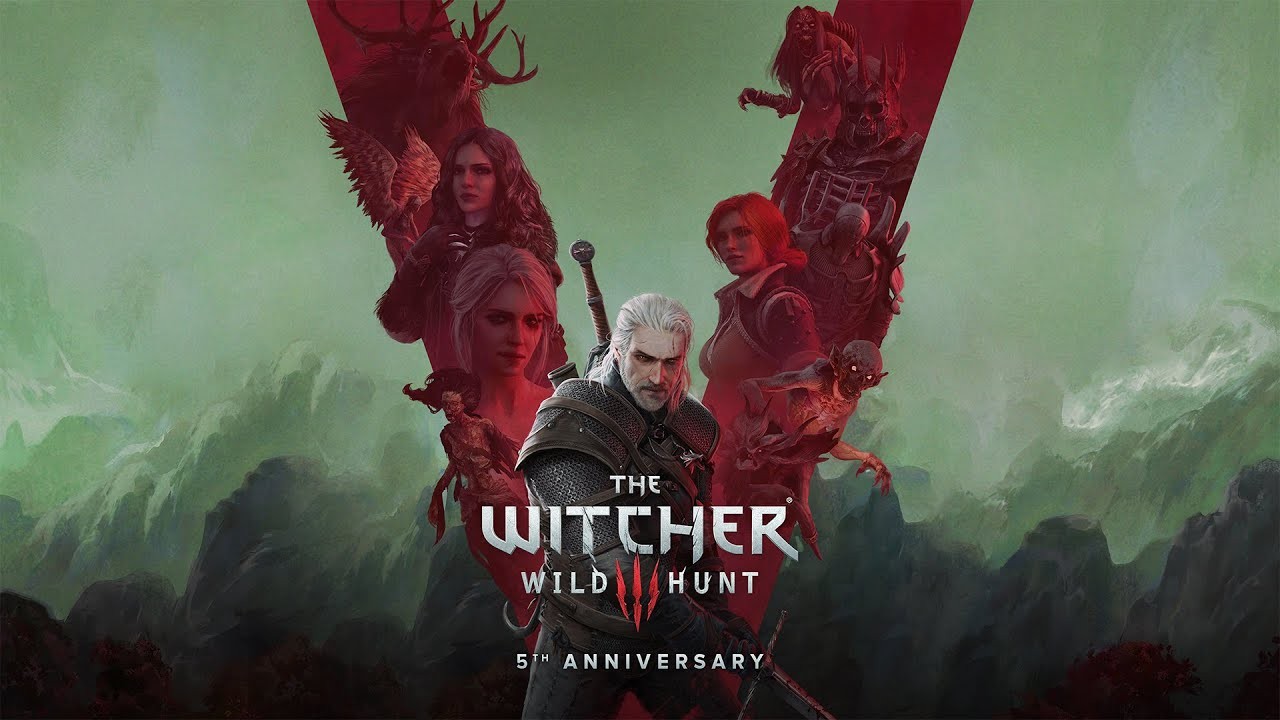 In the lead up to Cyberpunk 2077’s release, CD Projekt RED’s biggest boon was its track record. While the game was announced almost a decade ago, excitement for what was sold as CD Projekt RED’s crown jewel reached truly unfathomable levels following the overwhelming success of The Witcher 3: Wild Hunt. Still considered by many to be one of the most innovative and influential RPG’s ever created and a strong contender for the greatest game ever made, the goodwill generated among its many millions of fans only further fanned the flames of anticipation to nigh-unthinkable levels. It made CD Projekt RED into one of the most beloved and chairs game developers in the world. And much of that lays in the still-smoking, Cyberpunk 2077-shaped crater created last December. 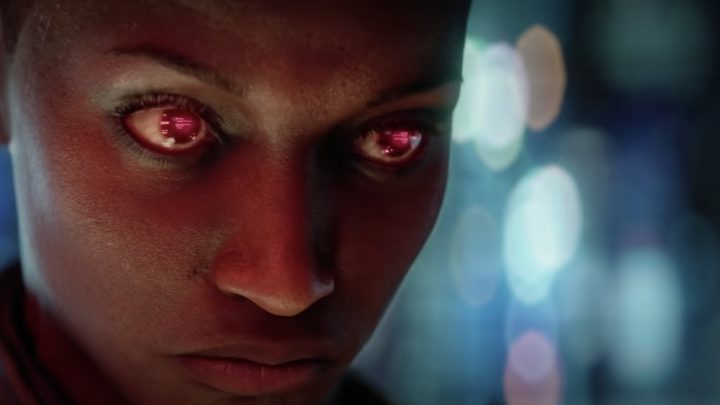 The performance on base last-gen consoles following its numerous delays soured many of their millions of fans. But far worse was the seeming willingness to promote and sell what was an assured financial success prematurely and at the expense of a significant segment of gamers. While the game played fine on current0gen consoles, PCs and the Stadia (which they pitched with Google hard), As many memes and YouTube videos will attest to, Cyberpunk 2077 was a little more than an unplayable mess on base versions of the last-gen consoles. The goodwill bought by their previous track record could have certainly assuaged some of, if not all, of this damage, but when it became known that CD Projekt RED purposely avoided distributing pre-release review copies of the game for those very consoles, their behavior becomes much more suspect.

Either CD Projekt RED, one of the largest developers in the world and second biggest in Europe after Ubisoft, made a glaring and unthinkable oversight in the production process or, betting that the game was guaranteed to be financially viable no matter what, chose to sell a game many could not play anyway – even if they paid just as much as everybody else. This, more than anything else, has severely dented consumer confidence in CD Projekt Red and demonstrates one of the most striking falls from grace the gaming world has seen. So much so that the developers are facing lawsuits from their own investors as well as potential fines and oversight from the Polish Government.

Can CD Projekt RED Redeem Themselves?

When tallying up the gains and losses that accompanied Cyberpunk 2077, what emerges is something of a cautionary tale. While the IP is a clear-cut financial success, it appears that alongside last-gen copies, CD Project sold a part of their soul. Not to sound melodramatic, but quantifying the value that this blow their integrity will cost them, in the long run, is impossible. But it was certainly devastating.

While CD Projekt RED is no doubt working on all cylinders to salvage the reputation, like a vase once broken, the cracks will always show and it is no doubt that consumers will think twice about shelling out for their next IP on launch day.

What’s your honest opinion of Cyberpunk 2077? Do you think CD Projekt did their fans and themselves a disservice last December?