Cyberpunk 2077, for all of its customization options, can be unforgiving. Oh, did you kill Fingers, the most punchable man in the game? Sorry, looks like you won’t be getting the top-tier cyberware you wanted. Did you understandably program Skippy to auto-headshot mode? Well, you just lost out on arguably the best gun in the game. Choose male V at the beginning of the game? Well, you’re going to have to stow that crush on Judy Alvarez for quite some time to come. In the wide-open world that is Night City, there are endless possibilities — in the beginning. As you wade deeper into the dark, neon-lit waters of Cyberpunk 2077’s haunting cityscape, the narrower your choices become.

The same, unfortunately, also goes for the Respec.

How to Respec in Cyberpunk 2077: Where to Get Tabula-E-Rasa 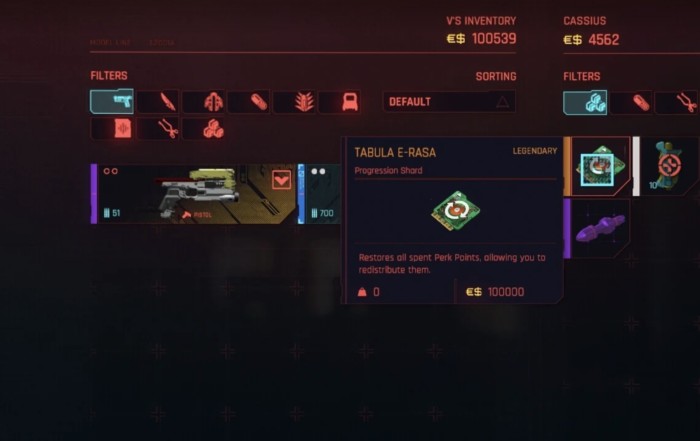 Respecs Are Limited to Perks Only

It’s not saliently advertised, but there is indeed a way to respec your character in Cyberpunk 2077 and redesign your build. Sort of. Using an item called the Tabula-E-Rasa (philosophy majors might get the joke there) you can reset all of the perk points you ever spent. The perk points. Nothing else. So this doesn’t exactly equate to the traditional respecs found in most other RPGs — you’re still somewhat funneled into fewer choices than you had at the beginning of the game. 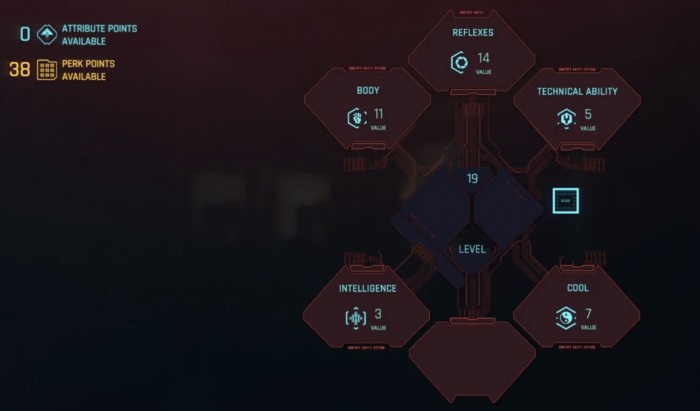 That means your attribute points stay right where they are. So if you were building for a Samurai Slaughterer or an Eagle-Eye Gunslinger with a ton of points in Body or Reflexes, you will unfortunately not be able to rework the same V into a stealthy Netrunner or Tech Cybermonster. What the Tabula-E-Rasa lets you do is reallocate all of your perks, giving you some leeway when it comes to redesigning your cyberpunk 2077 build. If you put the bulk of your points into Reflexes, you can certainly switch between Assault, Handguns, or Blades builds. You could go use all the points you put into Athletics into Street Brawler to take care of the Beat on the Brat questline. You can do whatever you want within the bounds of the attribute points you’ve already spent.

The Tabula-E-Rasa is Expensive as Hell 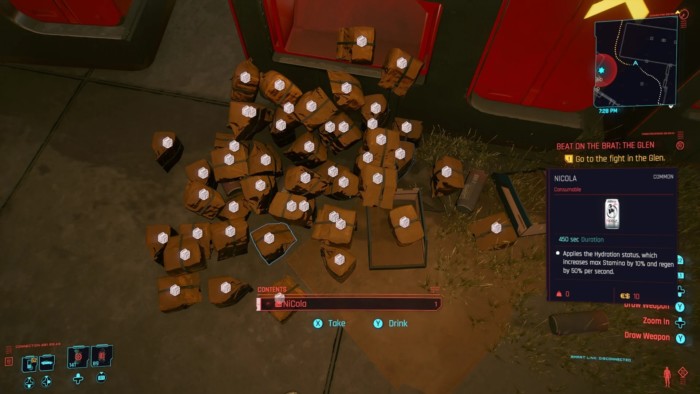 The Tabula-E-Rasa is a legendary shard that can be acquired at most Ripperdocs, but will set you back an excruciating 100,000 eddies — so save up. Or, alternatively, do what we did and exploit the hell out of the Mechanic perk, soda machines, and Nekomata crafting to cheese your way to financial success. We took a couple of trips to the Arasaka Waterfront soda machine bank and bought several hundred sodas, broke them down, and sold them to Cassius, the Ripperdoc, until we had the cash to buy ourselves a Tabula-E-Rasa and reset our perk points. Just make sure you only buy the 10 Eddie soda cans and it’ll take you about 2 to 3 trips to make about 75-80 grand.

If you’re running low on cash but badly need a respec, you can learn more about this and other ways to cheese the game and get rich quick in our Cyberpunk money exploit guide. However, once you do have the requisite funds, head on over to any of your local Ripperdocs and open up their Trade tab. It’ll be the first thing in their inventory — just beware that the Tabula E-Rasa activates immediately upon purchase. It isn’t something you can purchase and stow in your inventory for use at a later date, so be sure you want to respec immediately when you’re throwing down the 100k eddies.

And that’s about everything you need to know about a Cyberpunk 2077 respec. It’s not all-encompassing, it’s expensive as hell, and it’s as easy as pressing a button inside a trade menu.