There’s myriad ways to handle your business in Night City. You can do with sheer brute force, Solo-style, or spin a pitiless spiderweb of technological murder with an array of quickhacks, slice-and-dice like a modern samurai, tear them limb from limb with your bare, metal hands or, in this case, silently pick them off with the deadly grace of a cybernetically-enhanced panther. Down below we’ll run you through everything you need to know and prepare for in order to spread your wings as Night City’s own angel of death.

This is a build for players who are willing to trade off some mild practicality for extreme amounts of stealthy, insta-killing fun. There are plenty of other builds that can dispose of groups of enemies faster, charging in guns-blazing or sword-swinging, but only this Silent Killer stealth build can do so without taking so much as a scratch.

That said, this stealth build doesn’t leave you hanging when the synaptic fluid hits the Arasaka Hyper-fan; with plenty of points in Reflexes and some buffed-up crit chance, you have all the tools you need to switch on Deafening Killer mode.

Compared to most other builds, this Stealth build puts fewer points into each respective domain, even doing away with some perks that are considered “mandatory” for their domain, like Attritional Fire within handguns, to focus solely on burst damage and sneakiness with needle-point specificity. Players can however place points into any and all of these perks as they see fit, and are encouraged to do so. Below is a framework of perks and cyberware for going full stealth, i.e. one-shotting enemies from stealth without any back-and-forth, but can and should be customized according to how players want to deal with true combat.

With many points going into reflexes, it’s easiest to run a Rifleman/Swordsman perk tree alongside this stealth mode for dispatching with enemies head-on. A recommended variant for those less inclined towards full-blown stealth is a Sniper Rifle, Handgun, Katana loadout with the Microvibration Generator and Microrotor implants for their Skeleton, alongside relevant Blades and Rifles perks. 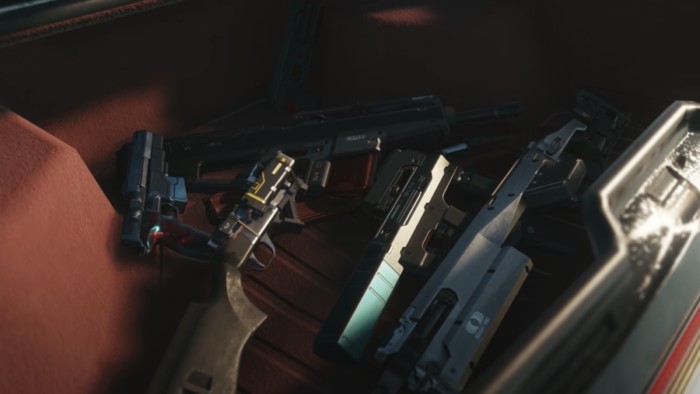 Pride, Rogue’s iconic power pistol, packs one hell of a punch — especially when it comes to its stat bonuses. Aside from hefty base damage, Pride sports a ridiculous 4.40 headshot multiplier which comes in handy when in stealth and able to carefully aim your shots or while dilating time and popping skulls like watermelons in quick succession. 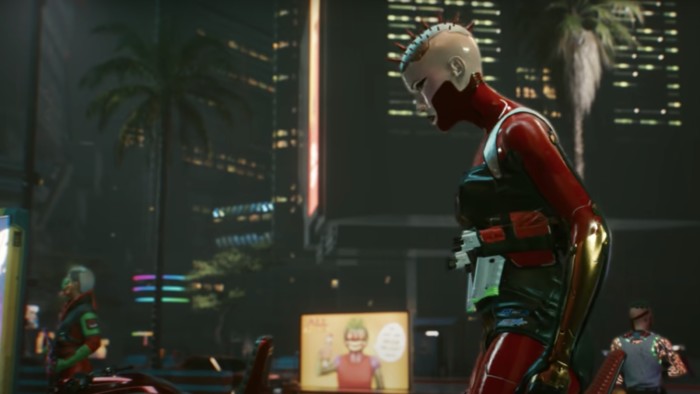 Heal on Kill restores 2-10% of your maximum health whenever you kill an enemy. While an inherently valuable effect to obtain, this implant should be lower on your list of priorities for the simple fact that, as an assassin, you shouldn’t be getting hit at all. That said, it’s the only Frontal Cortex implant you aren’t stat-checked out of, and a valuable addition to any arsenal — albeit at a later point.

Pain Editor reduces all incoming damage by a flat 10% — again, another defensive implant that you shouldn’t need but just might.

Cataresist increases all resistances by 8-35% — only useful until your first kill activates Immunity but extremely useful until then and not as expensive as many other implants.

Attacking, aiming, or blocking while sliding or dodging triggers a 50-90% time dilation for 1.5-3.5 seconds (5-second cooldown). The Kerenzikov is without a doubt one of the most popular pieces of Cyberware.

Triggers a 25-50% time dilation effect for 2-4 seconds whenever you’re detected by enemies — giving you valuable fight or flight time to either take out a few enemies or put some distance between yourself and those looking to introduce your temple to their mantis blade.

Subdermal Armor starts to scale off by the end of mid to the start of the late game, but is incredibly potent early on when 200 extra armor can instantly make you into a legit tank. Getting subdermal armor is ultimately optional, but if you have the cash and are still waiting to level up for the rest of the endgame cyberware, considering putting it into Subdermal armor for some added survivability.

Can be activated to dilate time by 30% for 18 seconds, during which crit chance, damage, and crit damage are upped by 20%, 15%, and 35% respectively (30-second cooldown). Can be used offensively, such as when looking to accomplish several successive headshots in a row before detection, or defensively when things don’t go your way.

Expensive and ultimately optional, the Lynx Paws cut the noise you make while moving down by 50% — allowing you to close gaps and get closer with greater security. The Lynx Paws are essentially just very expensive icing on top of an already delicious stealth-cake. 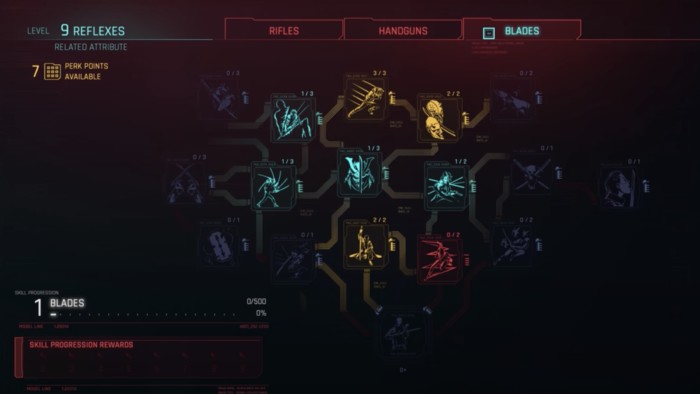 Most of your perk points will be aimed towards upping Handgun damage to the maximum. We choose handguns over other weapons for their enormous situational bonuses that, when utilized, can immensely raise one-shot damage and help avoid detection. They also look cool — which counts for something. That said, you should look for as many opportunities to utilize takedowns and hide bodies whenever possible in order to avoid detection.

We forego perks that would be otherwise compulsory for a pistol build, such as Attritional Fire or Steady Hand, in favor of only the perks that maximize concealed burst damage — headshots, flat damage, and other perks. Even Grand Finale, an otherwise phenomenal perk to have, loses out; you should never have to fire the last bullet in your chamber, considering this playstyle is about avoiding detection completely.

The Ninjutsu perk, unlocked at perk level 20, is actually recommended against. While this perk massively ups melee damage from stealth and brings out some pretty numbers, it’s actually pretty essentially useless compared to a standard takedown that instakills enemies anyway.