This vicious, Cyberpunk 2077 shotgun build turns you into a lightning-fast reaper of the urban battlefield; with hand-in-hand boosts to damage and movement speed alongside negated stamina costs and the ability to fire/reload without any movement penalties, you are a tanky, fast-moving and hard-hitting murderer just about one-shotting everybody you come across. One of the best aspects of this shotgun build is that, apart from being well-rounded and smooth-scaling, encounters are fast and fun. Much of the playstyle revolves around shredding enemies before they can even fire a shot, and almost instantly regenerating whatever flesh wounds they do manage. 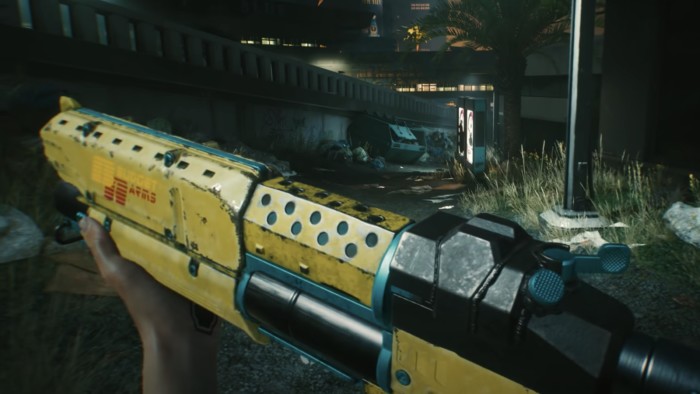 The Headsman is an iconic power shotgun that doubles the number of projectiles in its bullet-spray, increasing damage, knockback and, most significantly, the chance to cause dismemberment and bleed at the cost of reduced fire rate and capacity. What makes the Headsman a solid option is not only its high base damage, but more so its increased chance to cause dismemberment which activates the Unstoppable and Bloodbath perks which increases the rate of fire and reduces recoil. That said, The Headsman may be replaced with any shotgun of your choosing, as the build truly scales off of simple hard-damage gained by way of Cold Blood and other Body perks.

The minimum cost of the cyberware for this Cyberpunk 2077 shotgun build is $59,500 without Second Heart and  $101,500 with Second Heart. There are a few remaining slots that players can use for implants as they wish, such as in the arms and legs and two Interagumentary slots that can be filled with resistance-related implants until Cold Blood’s Immunity Perk defeats their purpose.

Can be activated to instantly restore 50-90% of your max health (180-second cooldown).

Reduces all incoming damage by 10%. Any and all flat damage-negation buffs are solid gold for shotgun builds and the tankiness they require to get in close.

Creates a 2-10% chance to generate an EMP when hit that deals 20% of their HP to nearby enemies as damage. Somewhat lackluster, Shock-In-Awe wins out over other resistance-related Immune System cyberware simply because of Cold Blood’s Immunity perk that completely negates them anyway.

Increases your total armor by 20-200. None of the other Interaugmentary System implants are worth the money or even useful, considering Cold Blood’s Immunity perk negates elemental damage anyway.

At Legendary rarity, The Militech Berserk can be activated to reduce weapon recoil and sway by 25%, increase ranged damage by 20%, armor and resistances by 5%, and melee damage by 25% for 30 seconds. During its duration, kills restore 4% health.

Increases your max health by a whopping 20-60%. 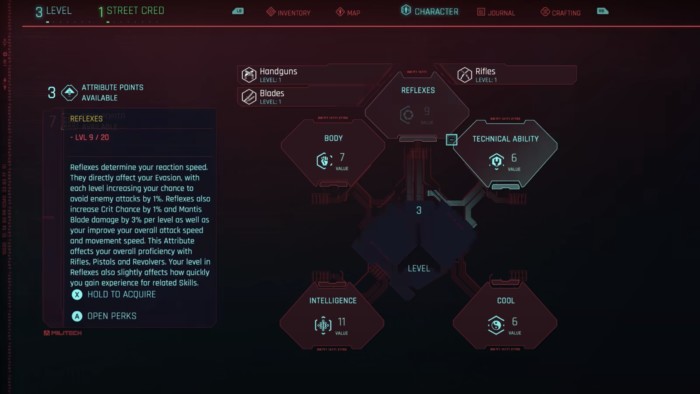 The Body perks prioritize, above all else, movement speed (to fully take advantage of Speed Demon’s damage boost) and any and all stackable buffs.