Of all the myriad ways to murder people in Cyberpunk 2077, the most innovative has to be Netrunning. Hacking into enemy implants and getting their own systems to rebel against them is not only satisfying, it’s effective. There are more than a few ways to construct a solid Netrunner build, drawing from Cool, Technical or Reflexes to compliment Intelligence, but for this case we’re going to roleplay as a futuristic mage and go full damage Intelligence/Reflexes.

This build focuses on turning V into the Cyberpunk 2077 equivalent of a dps-spellcaster, maximizing crowd-control effects and DoT damage rather than stealth quickhacks or Cool skills. Your breach protocols are merely setups to activate 2 key perks: Hackathon and Efficiency, which provide Quickhack cooldown reduction and increased RAM recovery respectively. You will be putting your points into Intelligence and Reflexes to maximize crit damage — especially when you unlock the Critical Error perk, and your weapon set can be a continually evolving mix of Rifles, Handguns and Katanas — experiment with whichever weapon style gels with you most. Rifles are recommended for their ability to pinpoint high single-target DPS and pick off enemies from behind cover after battering them with ridiculous DoT damage by way of contagion, but with Weapon Glitch, Reboot Optics, and Cripple Movement all rendering enemies useless, you can honestly opt for whichever one you want. 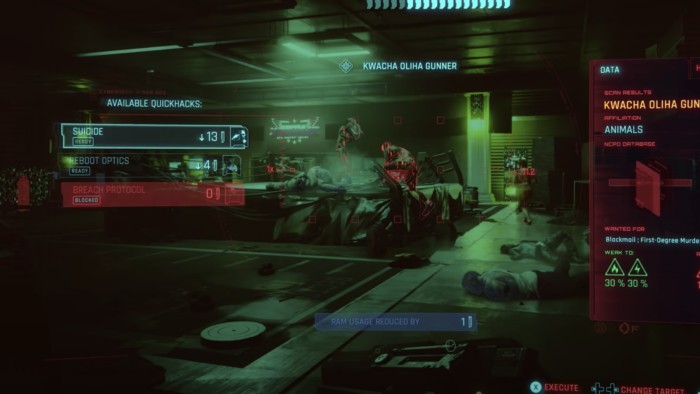 Rather than opting for an expensive and flashy ultimate hack like System Reset or Cyberpsychosis, this build is centered around spreadable Quickhacks — three Control Quickhacks and three Combat quickhacks for damage. The quickhack rotation will generally be something along the lines of Cripple Movement + Weapon Glitch + Contagion followed by Overheat on Tankier, high priority targets Synapse Burnout. As soon as Cripple Movement/Weapon glitch has finished their duration, following up with Reboot Optics (if necessary) is important for maintaining CC. This allows you to keep your enemies unable to retaliate while dealing huge amounts of DoT damage, while following up with direct damage from your choice of weapon. In the end, however, it depends more on the layout of the problem in front of you, and the rotation you feel best suited to dealing with enemies in their individual groupings.

Overheat allows you to stack extra damage on top of Contagion for higher-priority targets or those with more health.

Synapse Burnout is single-target damage reserved for high-priority targets, such as bosses or tankier enemies, but can also be used to provide extra CC through panic. It’s up to your own budget and playstyle which rarity you want to opt for; The rare variant is enough to serve its purpose as an extra damage-dealer quickhack.

Cripple Movement is an important CC skill, less for its primary Uncommon effect and more for the Epic variant’s ability to render enemies unable to attack. Can be used right after Reboot Optics to keep enemies nothing more than fish in a barrel.

Weapon Glitch, rather than serving as a great debuff, causes weapons to explode at the end of its duration — adding damage and giving them little means to retaliate.

Reboot Optics is great for obvious reasons — being blinded in the middle of a combat situation makes things, objectively-speaking, a little harder. 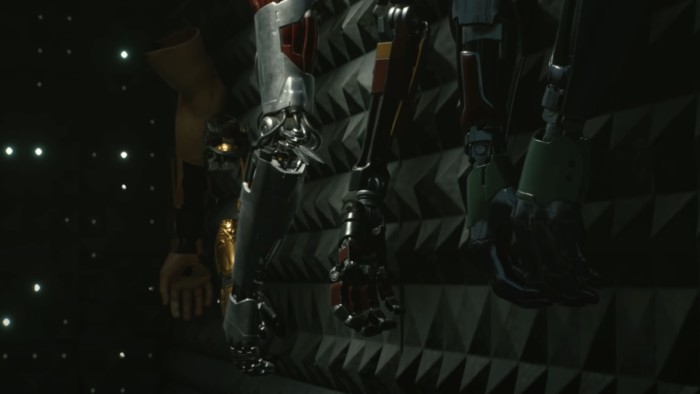 The Netwatch Netdriver is a ridiculously powerful tool for taking on waves of enemies and spreading cybernetic destruction like wildfire. With a buffer size of 8, 11 RAM, and 6 slots, you’ll have a large-enough arsenal to carry a well-rounded arsenal for any netrunner build — whether it be stealth or more directly aggro. What makes the Netwatch Netdriver especially attractive, however, isn’t it’s base specs; Aside from increasing quickhack spread by 60%, Netwatch’s most OP cyberdeck lets you upload combat quickhacks directly to three targets simultaneously — each of which serves as a spread-point. On top of that ridiculous quickhack carpet-bomb capability, the Netwatch Netdriver increases quickhack damage by a flat 30% — not too shabby.

Increases your Crit Chance by 7-25%. This becomes absolutely necessary only once you’ve unlocked the Critical Error perk which allows your Quickhacks to crit.

Restores 1-4 RAM upon kill, synergizing with Forget-Me-Not. This is more useful against basic mobs and is your better choice before eventually opting for Ex-Disk’s Epic or, ideally, Legendary rarity.

Increases your total RAM capacity by 1-5.  Do not opt for the common variety, 1 extra ram is far from worth 12,000 eddies. Until you can purchase the Ex-Disk, opt for Memory Boost.

Gives you a bunch of armor to add some extra tankiness.

Dilates time by 30% for 18 seconds, during which flat damage is increased by 15%, crit chance by 20% and crit damage by 35% (cooldown: 60 seconds). The Falcon is best for setting up your quickhack stack all at once and providing a hefty damage bonus on top. 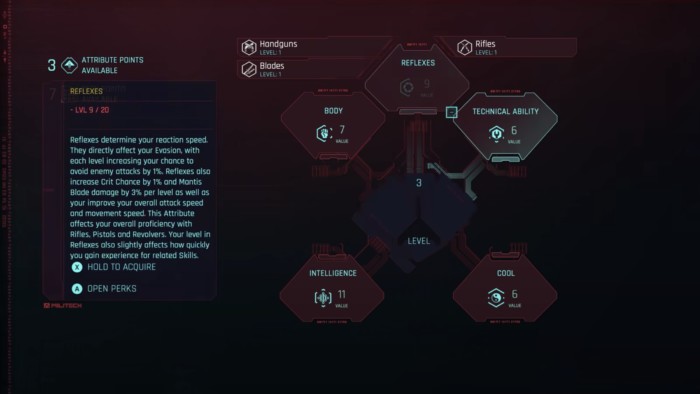