It has become apparent that Marvel is well ahead of the times. Not only have they taken leaps and bounds in terms of the production value and fictional content narratives that they are setting up; but they’re also keeping things extremely real considering they only deal with superheroes, a concept that’s as fictional as fictional can get. Since the movies and show run on an entirely different trajectory than the comicverse, it’s not possible to discern what or who exactly drives the plotlines of the MCU. Nevertheless, it’s all resulting in something tremendously positive and empowering, something that the world really needs right now as we grapple with grave issues on a collective scale.
In episode 5 we witnessed Sam Wilson going through major changes and despite the skepticism that he himself had about becoming Captain America, the possibility has become very real. So is it a winning bet that Sam Wilson will be the next Captain America? Here’s everything you need to know.

Who is Sam Wilson?

Up until The Falcon and The Winter Soldier, Sam Wilson played a very secondary role in MCU, more often than not as a partner to Captain America. He started off by piloting the EXO-7 Falcon flight suit but chose to retire after finishing his tour because of the death of his then wingman Riley. He met Steve Rogers on a morning run in Washington D.C, where he resided after retiring from duty to help other veterans readjust to life post-war. Steve immediately felt a camaraderie with The Falcon and trusted him enough to seek refuge with him to hide from S.H.I.E.L.D. From that point on Sam get heavily involved in some of the biggest fights and confrontations including the fight against Thanos and his army. He has fought alongside and even against some of the biggest names in MCU including Black Widow, Scarlet Witch, Vision, Hawkeye, Iron Man, Thor, Bruce Banner, and Black Panther.

Sam Wilson from comics is not that much different as a person, however, his origin story and the way he acquired his powers are different. In the comics, Sam is a social worker and volunteer who grew up in a very problematic area of Harlem. He acquires the power to telepathically communicate with birds after Johann Shmidt a.k.a The Red Skull exposes him to the power of the Cosmic Cube. Thanks to these powers, he becomes a reliable sidekick for Steve Rogers in both the comicverse and MCU.

What happened to John Walker?

No one took the unveiling of John Walker as the new Captain America very well, especially Bucky and Sam. Besides his annoying attitude, John Walker consistently proved himself to be a part of the problem. He interfered when Sam and Bucky fought the Flag-Smashers, interrupted Sam when he was counseling Karli Morgenthau, tried to take on the Dora Milaje unnecessarily, injected himself with the Super Soldier serum, and worse than everything else, smashed the shield onto a Flag-Smasher killing him in a very public manner inadvertently staining the sanctity of The Shield both literally and figuratively. Sam and Bucky confiscate The Shield from him after the public murder episode and Walker is dismissed as Captain America. That’s not the end because John Walker is an entitled man who continues to believe that he is Captain America even after an official dismissal. In a bid to keep his title, he starts molding another shield to like the one that belonged to his predecessor. Effectively, he is a villain in the show now.

So is Sam Wilson the next Captain America?

The hints are not so subtle anymore. In the initial episodes, Sam was reluctant to take on the mantle of The Shield that Steve Rogers had placed on him. He even goes as far as to donate The Shield to the Smithsonian in a bid to end the legacy of Captain America or at least put a hold on his inheritance till he found someone worthy of The Shield. But when John Walker completely abuses the authority of The Shield, Sam realizes that there is an added threat of The Shield in the wrong set of hands.

Sam’s internal conflict aside, Marvel is confidently projecting him as the next Captain America. After his showdown with John Walker, Sam decides to leave his wings with Torres and take The Shield with him instead. Even Bucky has complete faith in Steve Rogers and believes that there was no way Captain America could go wrong with his choice of Sam. He reiterates this to the point of getting a special something made by the Wakandans (we reckon it’s the new Captain America suit) and giving it to Sam. It also matters that Sam himself, after his various interactions and experiences, starts practicing with The Shield in his backyard, finally deciding that it’s time to embrace his role as Captain America.

Unlike WandaVision, in which Wanda created an artificial world that is entirely problem-free except for the problem being Wanda herself, The Falcon and The Winter Soldier grapple with issues of the real world. The is an upheaval of the world order post-blip since half the world made an abrupt comeback and Captain America decides to retire leaving a massive void to fill. But what’s even worth noticing, even more, is that the MCU’s world mirrors a lot of the problems that people are facing in the current times that we live in. From racism, mental health issues, and displacement to selfish furthering of political agendas, there is a reason one will be able to relate so hard to what is happening in The Falcon and The Winter Soldier. Now more than ever, we need a calm, empathetic and peace-loving Sam Wilson as a Captain America. The kind of representation that will change perspectives and open up one’s mind to the possibility of positive change. 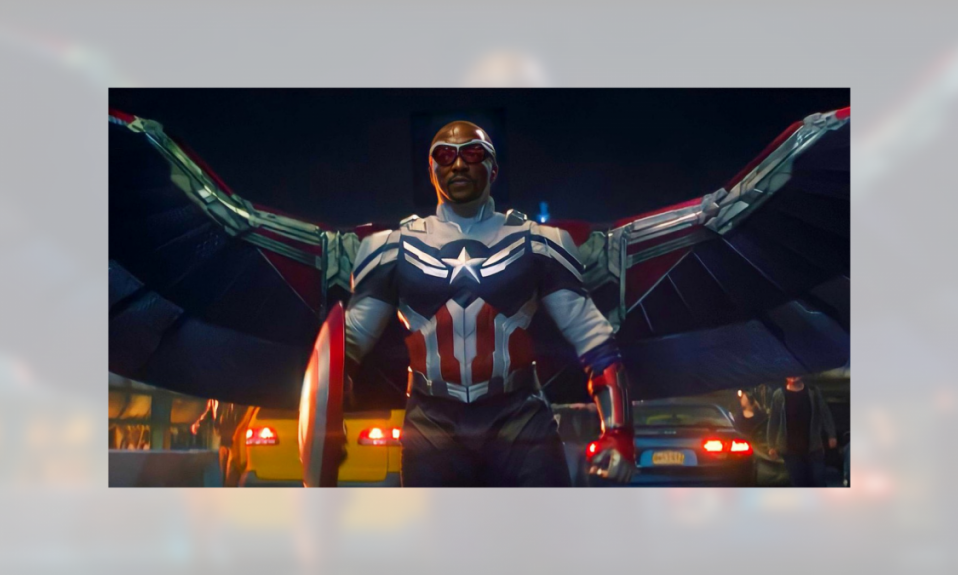 Category News, The Falcon and the Winter Soldier