Over the course of the last 12 months, we have learned to live without the oomph and warmth of movie theaters. Thanks to the gazillion of streaming services readily available today, we don’t have to go to potentially risky movie theaters to catch the new blockbuster. The smart TV gracing our living room does the job just as proficiently. When it comes to streaming, Netflix, obviously, steals the crown for being the most successful player. However, that doesn’t mean its rivals do not release great movies and shows just as frequently.

One such big hitter, Hulu, recently released a riveting movie — a tale of investigation, drama, and music — focusing on the life of the legendary jazz singer, Billie Holiday. Today, we’ll take a look at the actress who took on the challenge of playing the icon and also give you some bits and pieces about the movie.

Who Played Billie Holiday in the new Hulu movie?

For the new movie — “The United States vs. Billie Holiday” —  Hulu wanted someone with a tangible stage presence and a breathtaking singing voice. After browsing through the catalog of fine talents, they landed on “Rise Up” star, Andra Day. The 36-year-old is an American, singer, actress, and songwriter whose debut album “Cheers to the Fall” broke the top-50 milestone on the US Billboard 200 chart in 2015. 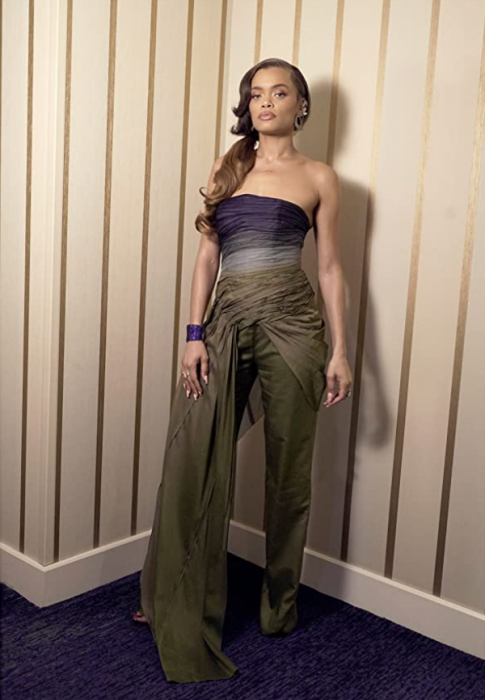 Portraying the “great godmother of civil rights” — as director Lee Daniels calls her — is not a joke, of course. And Andra, who was very much aware and in awe of Holiday’s contribution, took her sweet time before saying yes to the offer.

She decided to delve into the psyche of Holiday and tried to embrace her lifestyle completely. Of course, she also sang all the songs you hear in the movie — including the iconic “Strange Fruit” — almost matching the aura of Holiday herself.

The result, in the end, turned out to be well worth the effort, as she bagged the award for ‘Best Actress in a Motion Drama’ at the Golden Globes, this year.

Did anyone play Billie Holiday before her?

Stepping into Holiday’s shoes wasn’t the only reason why Andra was skeptical about saying yes to the role. She was also wary of following up the two notable performances that came before her. Diana Ross and Audra McDonald both had delivered terrific performances as Holiday in their respective movies. Ross played Holiday in her 1972 movie “Lady Sings the Blues” while McDonald stepped into the shoes of Billie in the 1986 play “Lady Day at Emerson’s Bar & Grill.” McDonald won her 6th Tony for her performance.

Where to watch The United States vs. Billie Holiday

The Rated ‘R’ drama sheds light on the sting operation the United State government launched on Billie, primarily to racialize the war against drugs and stop her from performing “Strange Fruit,” which highlighted the lynching of the Black community.

As mentioned above, “The United States vs. Billie Holiday” is a Hulu exclusive, meaning you’ll need a Hulu membership to stream the 2021 movie. If you’re a new subscriber, you can also opt for a trial period, which would give you the chance to check out some of the best movies Hulu has to offer.

Who played Joker in Justice League? What Joker Epilogue gives us.