What is being called the most highly anticipated game of the decade has finally been launched. Gamers have been waiting since the teaser trailer in 2012 for CD PROJEKT RED’s Cyberpunk 2077. The dystopian RPG set in the post-nuclear war future offers gameplay that suits each and every player’s style. In the game you can enjoy being a stealthy assassin, you can enjoy taking out enemies with brute force, you can enjoy interacting with the game world, you can enjoy building your character, and you can interact with a variety of NPCs. The game seems to have something for everyone.

Even though a number of players complained about glitches and bugs after the release, shortly after its release there were 950k concurrent players.

So, far gamers have started exploring the various abilities and finishing quests while building the main character, V, up the way they choose. At each stage in the game, the developers have ensured that the players get to choose their path instead of being forced down a common road. This makes it impossible to have a “Right” or “Wrong” way to play the game.

Related: What are dialogue icons in Cyberpunk 2077 and how do they work?

A major factor in the game is the character build. The abilities, skills, and perks you choose for the character will influence the kind of gameplay. There are five primary attributes:

Under each attribute, there is a Skill tree with character perks. You need to keep juicing up your attributes to easily complete quests.

One of the quests that players encounter in Act 1 of the game is The Pickup quest. In the quest, you will get the choice to complete a small puzzle challenge. Here is all you need to know about the puzzle within the quest.

What is The Pickup Quest?

After completing The Ride quest you get to choose one of the two main jobs in Act 1. Players need to be of at least Level 3 to engage in The Pickup quest. In the quest, you will get a number of choices on how you want to roll. The end result of the quest will depend on your choices. The safest route is to interact with Meredith Stout, the Senior Operations Manager for Militech, to take the Militech Credit Chip. The chip will come spiked with a virus that you can choose to remove. You need to then meet with the Maelstrom Gang to exchange the chip for a bot. During the exchange, you get the option to free Brick, the former leader of the gang. Like all other quests, the choices you make lead the gameplay or can even get you killed.

How to get the chip?

If you do plan on taking the credit chip and exchanging it for the bot then you need to choose to meet with the Militech Agent. Under the overpass in Watson you will be roughed around by Militech lackeys at the order of Meredith Stout. Once you assure her that you can help her out in exchange for her help she will offer you the Militech Credit Chip. V already knows that the chip is tainted with a virus. Meredith assures V that the virus is nothing to worry about. You can choose to accept or refuse the chip. 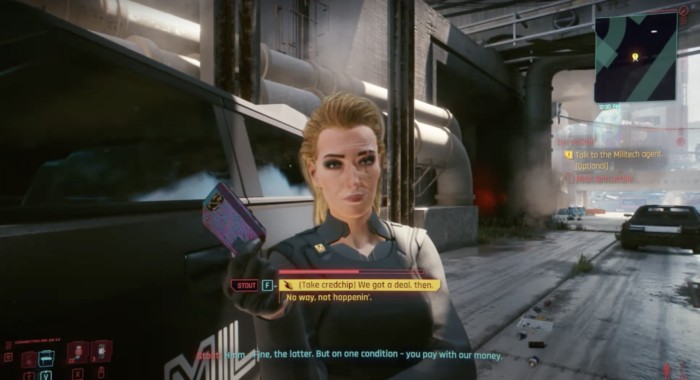 How to remove the virus from the chip?

Note: You do not need to have any particular perk to remove the virus from the chip, however, it helps to have six buffer slots instead of the default four. 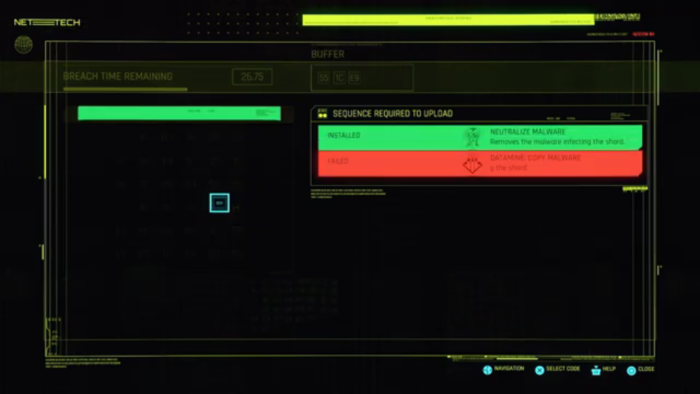 Here are the steps to follow if you do choose to clean up the chip before giving it to the Maelstorm.

Once you choose to accept the chip you can read the message that pops up on the right side of the screen. From the message, you can scan the chip and clean it in the Breach Protocol. 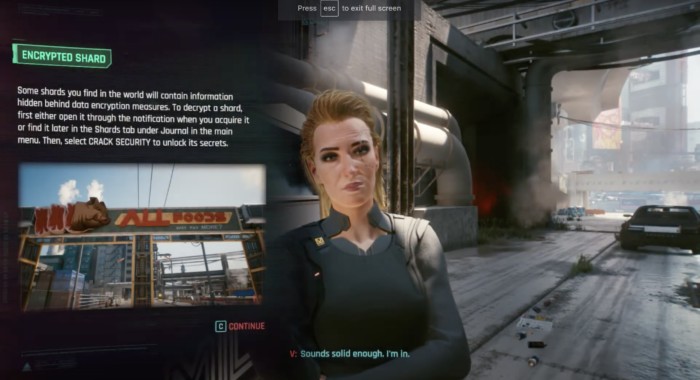 If you do not instantly read the message you can still remove the virus. You need to go to the main menu and open your Journal. Under the Journal you will find the Shard option. 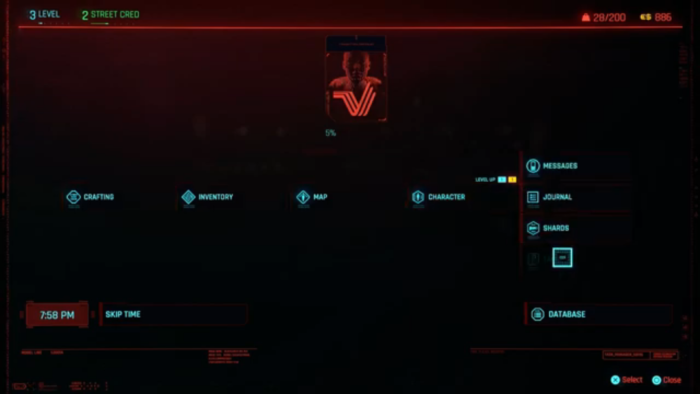 This will show you the Militech Datashard. You need to now choose to Crack Security of the shard. You will now be taken to the Breach Protocol.

In the Breach Protocol, you will see the breach timer, the code matrix, the buffer, and the sequence.

There are a number of combinations you can select from the code matrix to complete the puzzle. Here are our suggestions:

Only remove the virus from the chip 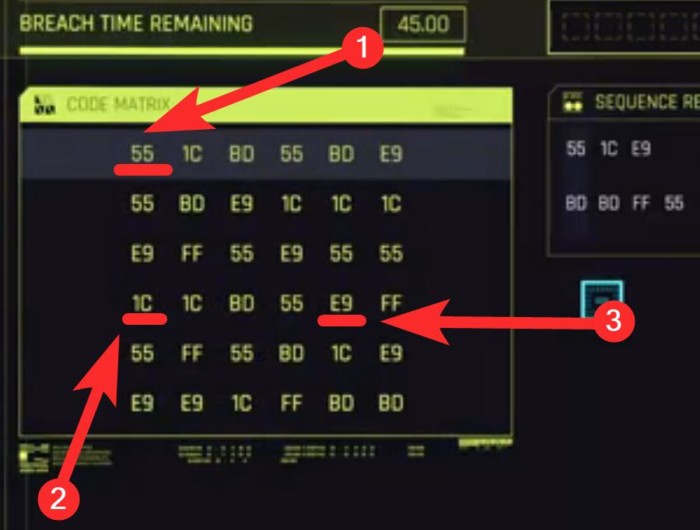 Once you remove the virus the chip will get locked and you cannot access it again to copy the malware.

Copy the malware and remove the virus 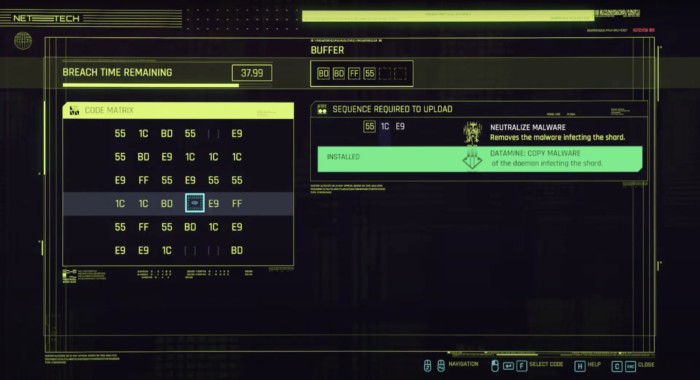 Select the BD code input in the first-row fifth column. This opens up the fifth column in which you will find another BD in the sixth row. In the opened up sixth row, you need to select FF which is in the fourth column. The malware will now be copied successfully so you can start to remove the virus. 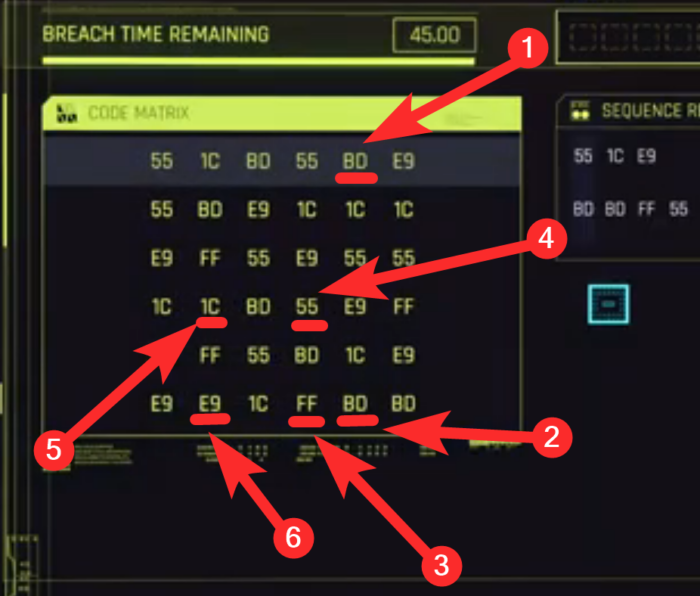 The chip is now clean and it will not get you in trouble with the Maelstrom one you turn it in for the bot.

What if you do not remove the virus from the chip?

If you could not clean the chip or intend on giving the malware ladened chip to Maelstorm, be prepared for a fight. The gang will examine the chip before accepting it. During the scan of the chip, the malware will get detected. Even if you have sided with Militech intentionally you will not get any support from them. You will be stuck in a gunfight. The battle will continue till you are either killed or till you take out the gang and the leader Royce. To get Royce’s gear you need to engage him in a boss fight. However, you can also choose to shoot him down before he escapes and gets to the mech-suit.

Do you need the chip to complete The Pickup Quest?

By accepting the Militech Credit Chip you accept their help. You can choose to refuse their help by not accepting the chip or by not meeting with the Militech agent completely. In this case, you are on your own (which you are even with the chip). You can go into the Maelstrom den guns blazing to get the bot. After killing off the Maelstrom members before Royce arrives you can try to sneak out without getting noticed. The options depend on how combative or stealthy you want to be.

Which path did you choose in The Pickup Quest?

Enjoying your ride through the neon-lit bowels of Night City? Trust us, it only gets crazier from here on out. And we can help. Stay up to date with extensive Cyberpunk 2077 guides, tips, tricks and walkthroughs right here on dsuprb!