After liberating Evelyn Parker from the nightmarish confines of her scav-infested prison, you’ll be bringing her back home to Judy’s apartment on Charter Street. But Ms. Parker’s not out of the woods yet. This job is less a hair-raising descent into madness, and more a major turning point in Act 2 that propels you forward into new territory, narrative-wise as well as quite literally be setting you up for your first official foray into Pacifica. But first, you have to handle your business here, in Judy’s apartment — which, unsurprisingly, involves multiple braindances. 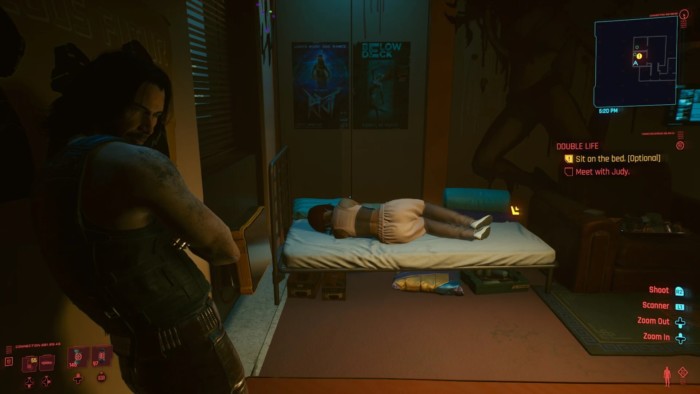 Entering Judy’s impeccably lit apartment, you’ll find Judy by the door gazing at a comatose Evelyn. She’s clearly agitated, and leaves you to try and talk to Evelyn. Nothing will come of it, however. The only response you’ll be able to get out of of your heavily traumatized acquaintance is a nudge away when you try and, somewhat unwisely, give her a comforting touch (after being kidnapped and tortured by Scavs. Good move, V.)  Make sure to pick up the three shards and grenade around the couch and on the worktable.

Related: Can you Mod Cyberpunk 2077 on Stadia? Examining Stadia Mods 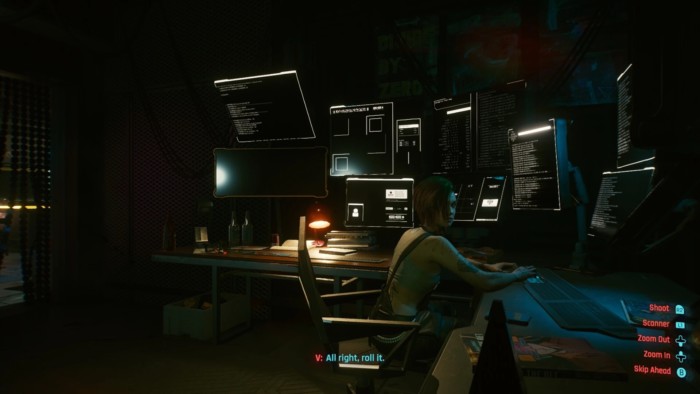 Step through the bead curtains on the other side of the apartment and have a seat beside Judy and her enormous workspace. Surprise, she’s going to load you into a braindance. You’ll enter a virtu of Evelyn’s in which she’s having a conversation with a high-level netrunner, whose identity is disguised. 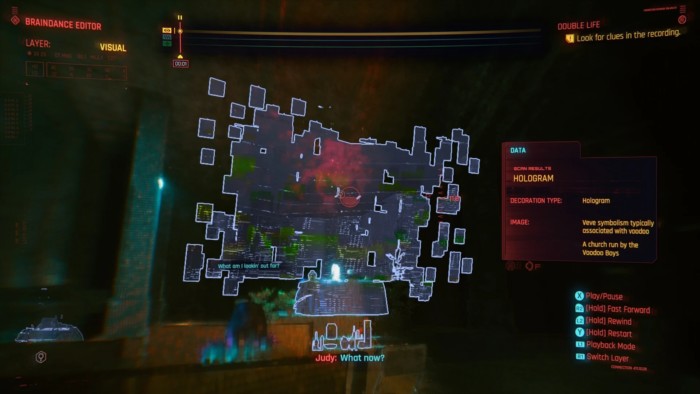 A large curtain of some sort draped over the altar. It’s quite big, so much so you might actually miss it. Scan that and V will identify it as something called a Veve and that it suggests this place, and possibly the Netrunner, have something to do with the Voodoo Boys. 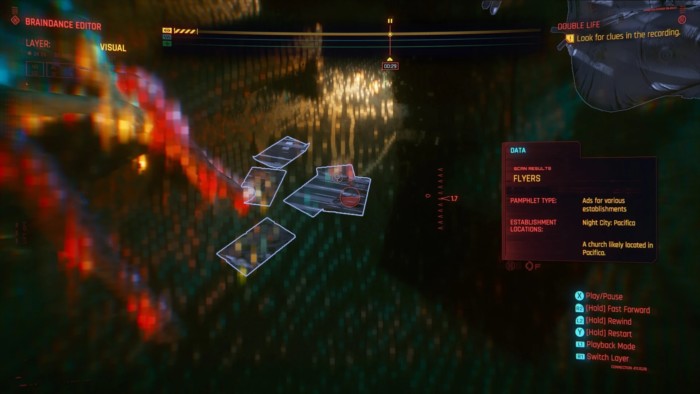 A set of fliers on the floor by Evelyn’s feet. Scattered across the floor between the pews are a series of fliers for a church in Pacifica — right where the Voodoo Boys call home.

After scanning both of these clues, you’ll be ejected from the braindance.

Related: Cyberpunk 2077 crafting: How it works and the best tips

After a short dialogue between you and Judy about who the Netrunner might be and the genesis of Evelyn’s scheme to steal the biochip, Judy will insert you into a second Braindance. This time you’re in Evelyn’s shoes as she, rather conspicuously, eavesdrops on a conversation behind had in a stairwell below her between the same Netrunner and someone on the phone. There’s just one problem. They’re speaking in Haitian creole. Rather conveniently, however, Judy happens to have an “auto-translator.” Switch to the Audio layer and scan the Netrunner’s phone, highlighted in green.

UNKNOWN; The Doll has left?

NETRUNNER: Yes. You were right, she’s too smart for her own good.

UNKNOWN: Will she bring us trouble?

NETRUNNER: She wouldn’t dare. Besides, she’s our best route to Yorinobu. We must take this risk.

UNKNOWN: I wish I shared your confidence that SIlverhand will lead us to Alt.
NETRUNNER: You have a better idea?

NETRUNNER: Good. Then, if you’re done questioning my judgement, you can get back to work.

After you’re done listening in, exit the braindance. 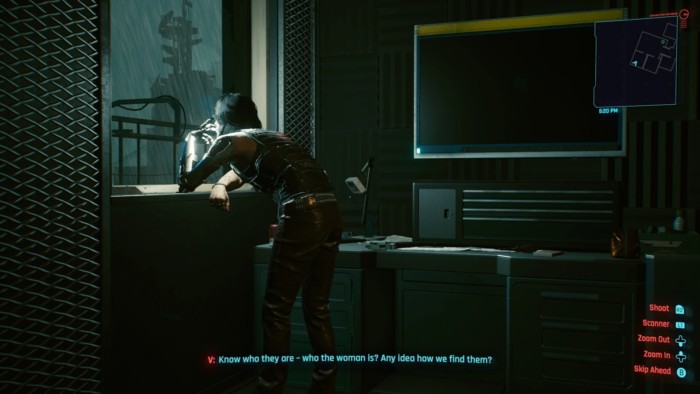 Next up you’ll have a short, rather harried, conversation with Johnny over what to make of this mysterious “Alt” and who this Netrunner is. Johnny will do his best to smoke up a storm while staring bleakly out the window and poking you for his own inability to answer your questions. Afterward, head back out into the living room to speak to Judy.

One short exchange between Judy is now all the separates you from street cred, a perk point, and an attribute point. Judy’ll basically establish that she trusts you not to backstab her or Evelyn and asks what your plan is — setting you up for not only a trip to Pacifica, but Judy’s own personal questline (which, for female V’s, possibly leads to an ending-effecting romance). Exit the apartment and get ready for the next mission, M’Ap Tann Pelen.