Visual novel games are a genre unto their own. Many feature interactive text-based stories, with anime-styled art and surprisingly compelling narratives of a literary kind, not something that can be said for most games. One such game to emerge from this genre, that also lets you play as a female character, is the storytelling messenger game Mystic Messenger.

Available both on Android and iOS, Mystic Messenger has captured the imagination of diehard mobile gamers looking for novel, engaging stories and a not-so-easy gameplay that simulates realistic choice-and-consequence cycles. That is, to some degree, the charm of Mystic Messenger.

But what makes Mystic Messenger’s gameplay harder than usual is the collection of in-game resources, such as hourglasses. Why do you need them and how can you get more in Mystic Messenger? Here’s everything.

What are Hourglasses in Mystic Messenger

Hourglasses are a crucial in-game resource in Mystic Messenger. The only way to access locked content, such as the Deep Story mode, is through hourglasses.

Hourglasses are rewarded at crucial junctures, such as logging in for the first time, completing certain sections or routes of the game, conversing with characters, and many more. 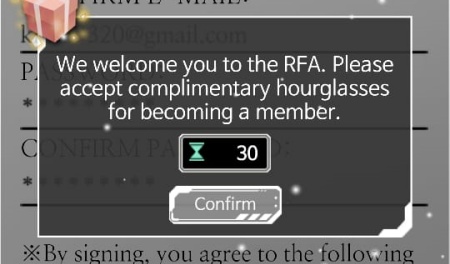 But they are still pretty hard to come by, which begs the question – how do you grind or farm for Hourglasses?

How to Get Hourglasses in Mystic Messenger

Anyone playing Mystic Messenger for any appreciable amount of time will find collecting hourglasses by simply going through the game a little disappointing. This resource is given out sparingly and many are going to come up short when trying to unlock content and routes. So here are a few ways to ensure you maximize your hourglasses.

From the Prologue (0-3 hourglasses every time)

The prologue is the first chat that you have in Mystic Messenger. Usually, completing the prologue gives you anywhere between 0 and 3 hourglasses. But you can always Start Over from the Settings menu and keep mining hourglasses. 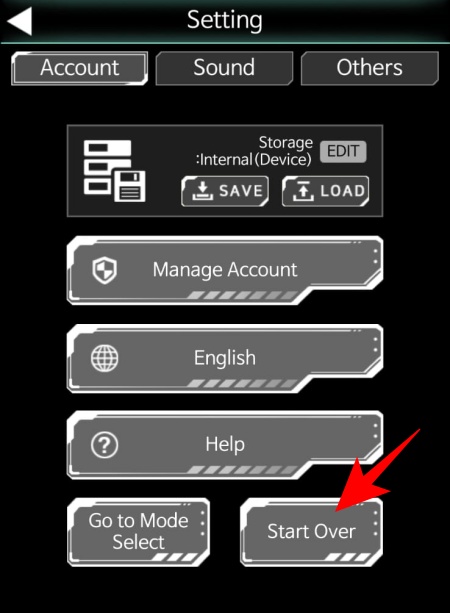 Of course, patience is an important virtue to have here. But you can turn on “Max Speed” and fly by the chats, no problem. 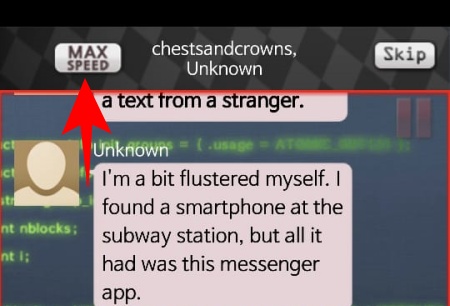 One important consideration to make while playing the prologue is to choose the following options when you come upon them:

“I just wanted to chat with pretty boys…” 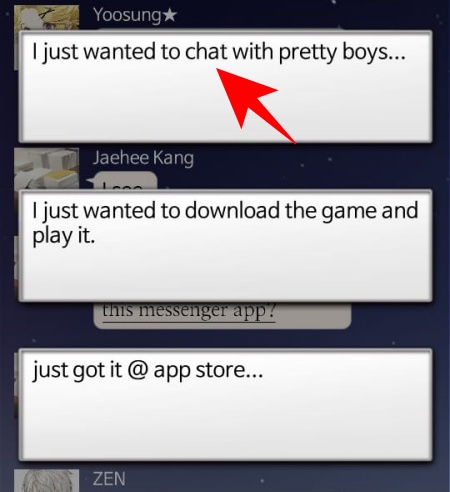 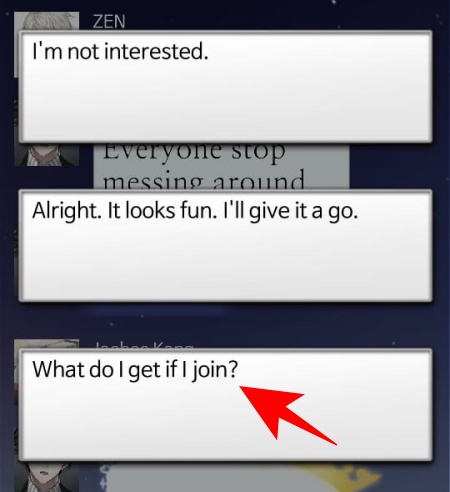 It’s not guaranteed that you’ll get an hourglass every time, and a lot of it is just random luck. But the chances do go up, especially if you choose the “(Pause for a moment.)” option during your chat with ‘Unknown’ pre-prologue. 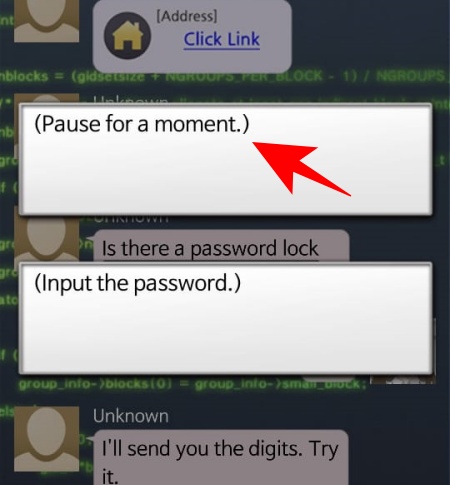 Hearts are another in-game currency, awarded through interactions and at game checkpoints. They are relatively easier to get than Hourglasses, but more importantly, they can be converted to the latter. You can exchange 100 hearts for one hourglass from the Shop. 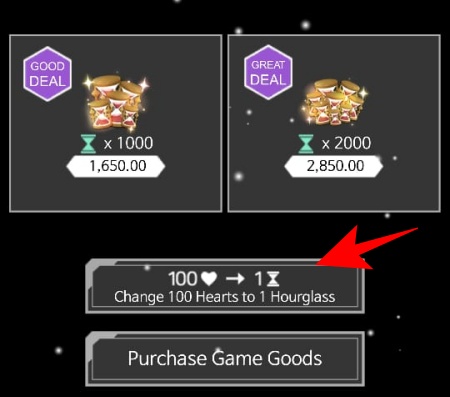 So if you’ve got the hearts, put them to good use and exchange them for hourglasses.

In Casual mode, Zen is one character that is known to provide more hourglasses than anyone else. Of the lot of them, he is the most generous. Going to Zen’s route will definitely mean acquiring hourglasses by the truckload. Make sure to compliment Zen and work towards a good ending and you can secure yourself a decent bit of hourglasses.

From the Christmas DLC

Getting the Christmas DLC is yet another way to speed up your hourglass acquisition. Granted that unlocking it requires 100 hourglasses in the first place. But as this DLC is quite charitable in doling out hearts and hourglasses, it is still a profitable investment. 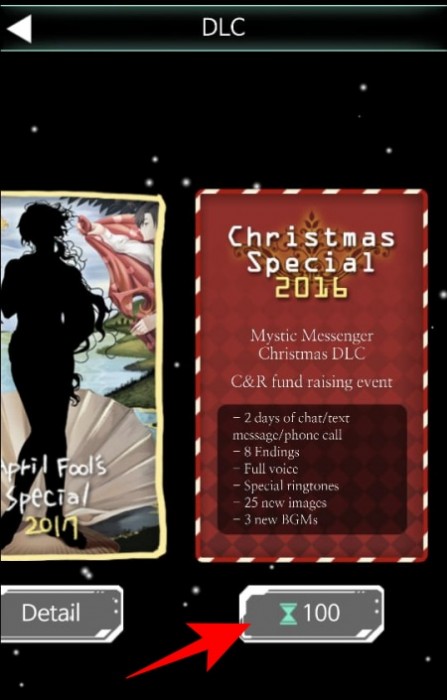 The DLC gives you a couple of days of chats and phone calls, 8 different endings, and a whole lot more, which are opportunities enough to milk the pack for hourglasses.

We highly advise not to miss out on the “Can’t rest on Christmas” chat at 19:00 as this Christmas eve chat is known to give out hourglasses freehandedly. But the DLC also lets you earn hourglasses even if you miss out on all the chats on Christmas eve. As with other chats, you can also run through the DLC chats quickly with Max speed on.

This is more of a generic tip, but one that will definitely align your gameplay towards earning more hourglasses. Engaging in convivial conversations with characters can reward hourglasses randomly. It is not guaranteed to work every time, but is definitely one way that will improve the likelihood of receiving hourglasses.

You may have noticed the spaceship at the bottom of the home screen moving towards the Honey bag once slowly. 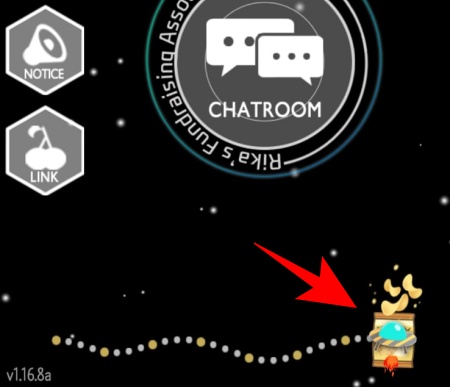 Once the ship reaches the Honey bag, the packet will begin glowing, indicating a reward unlocked that can include hearts and hourglasses. 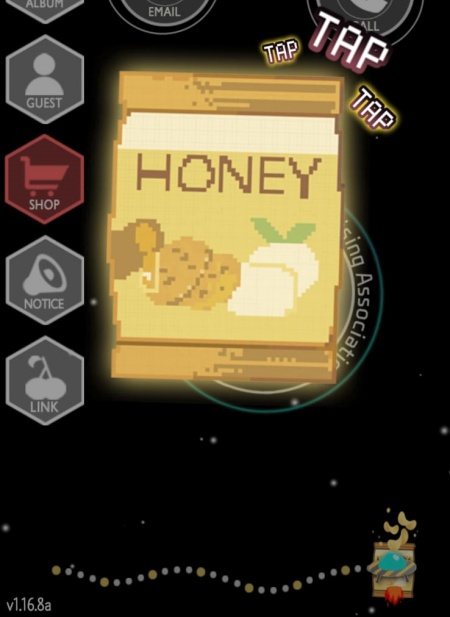 Tapping on the honey pack will reveal your reward. There is no fixed number of goodies that you will get. It is quite random so sometimes you may not get anything at all. 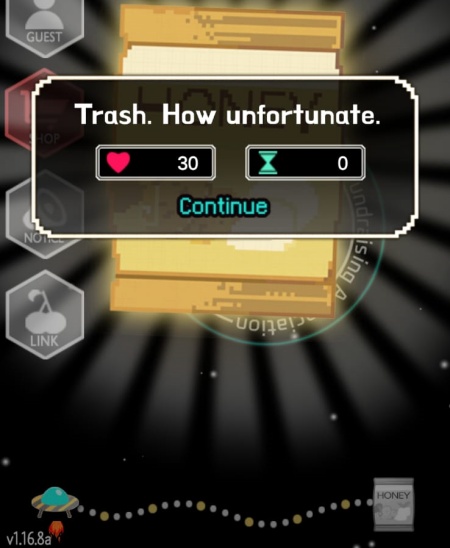 Hearts are more likely than hourglasses. If you don’t get any hourglasses, you can always trade the hearts in for them, so it’s a win-win situation.

Inviting guests to a party also adds hourglasses to the tally. When you successfully invite party guests, clicking on their RFA comments will provide an hourglass bonus. Do so for every guest and get a few extra hourglasses.

Note: This works only once for each guest.

These events are hourglass mines and your interactions should yield a good deal of hourglasses.

Being the third mode of the game, Another Story is one of the more generous modes in terms of giving out hourglasses. The chats in this mode are longer than in others and one can easily earn a few hourglasses or at least some hearts (and convert them later) with every chat.

Lastly, if you’re really desperate to increase your hourglass count, you could always look to purchase them from the Shop.  Purchasing the RFA VIP package will provide, among other things, a whopping 1000 hourglasses in total.

Though not everyone would want to spend money to get this in-game resource, if you’re into the game and want to unlock new story modes, save slots, and seasonal episodes, buying hourglasses may not seem like such an outlandish way out after all.

These are all the ways that you can increase your hourglass count in Mystic Messenger. Know that farming for hourglasses in the ways mentioned above will not get you banned, since these are in-game features that let you make such choices themselves. So keep on collecting!