Colors have been a poignant aspect of WandaVision right since Episode 1. In a bid to keep things authentic, Marvel even went as far as to shoot Episodes 1 and 2 entirely black and white, and in the episodes that followed, Marvel applied various color schemes to reflect the look and feel of the sitcoms adapted in the episodes that came later. There is no doubt that WandaVison’s color palette was extensive and experimental, at least till we reached the present-day in WandaVision time.

A Marvel plot is filled with so many twists and turns that fans have developed almost an OCD about every Marvel show/movie that comes their way. It has certainly reached a point where we feel there is a subtext in everything even if there isn’t.

But we’re not going to do that this time, instead, we will explore the color psychology behind Wanda and Agatha’s powers empirically, keeping a historical context in mind and staying as far away from assumptions as humanely possible.

But before we delve into the reasons behind the colors for Wanda and Agatha, let’s understand how Marvel generally approaches the color schemes for its heroes and villains.

Related: What is Wanda doing at the end of WandaVision?

If you look at both the MCU and comics, very few Superheros/heroines are given a secondary color scheme. Except for a few exceptions like Black Panther, Black Widow, and Silver Surfer, all major heroes, as well as their powers, are represented in as much primary color as possible. This is why you will notice all the major league heroes including Spider-Man, Thor, Iron Man, The Hulk, Captain America, etc have a bright splash of red, yellow, blue, and even green. So basically, the good is represented by RGB, both in the comics as well as movies and shows.

Consider the Marvel villain’s color palette now. Whether we’re thinking about Loki, Thanos, or Ultron, all have secondary color palettes. Thanos is purple while the others are dark shades of green, gray, and black. So the general approach to colors both for heroes and villains is fairly constant and even obvious when one really delves into the pattern of it all. 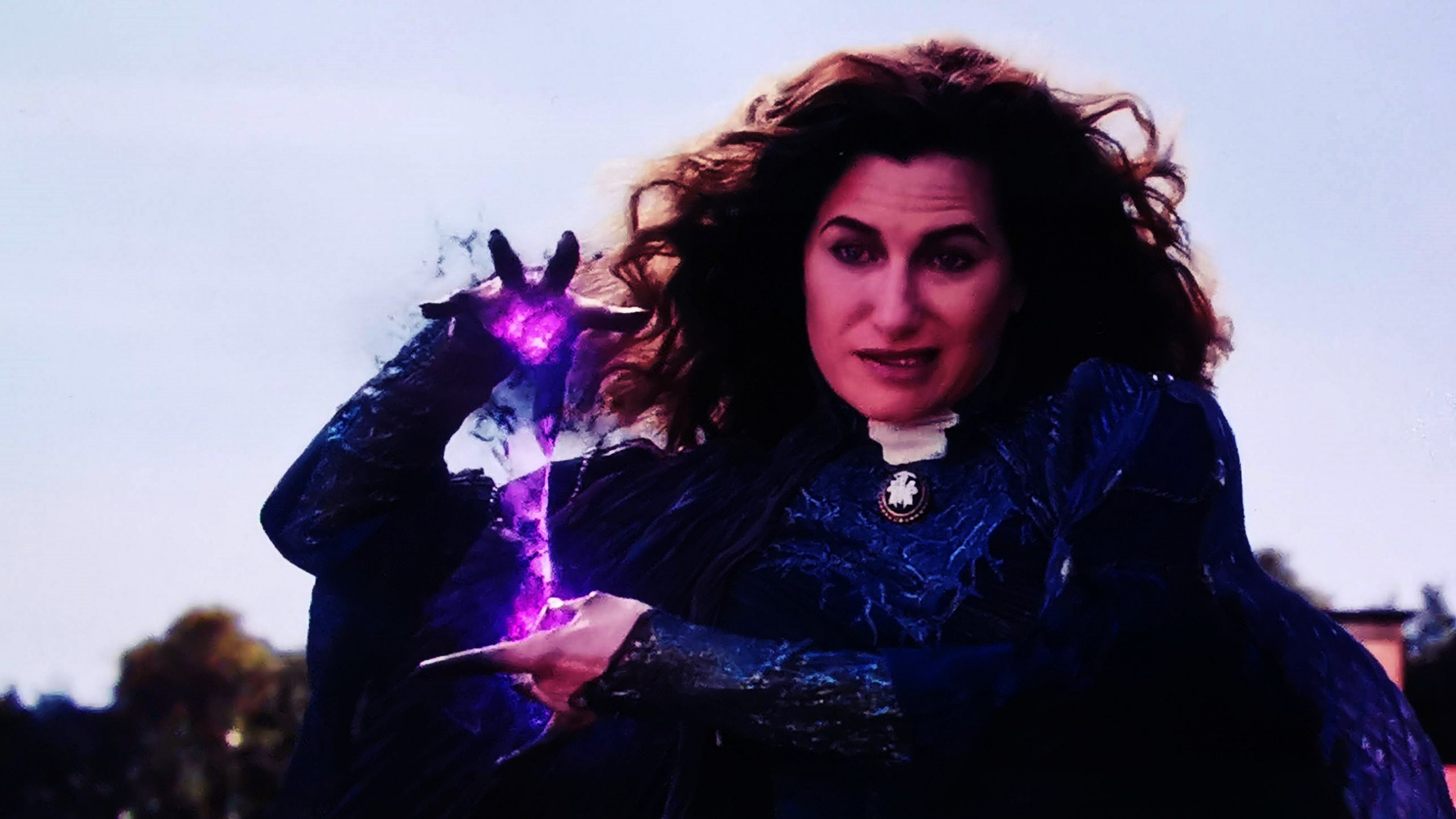 Why are these specific colors assigned to heroes and villains?

Well, this is where things get tricky and assumptions start to set in. As much as we would give an arm and leg to get into Stan Lee’s head and see for ourselves the process that leads to these color assignments, we can’t. Instead, we consider how difficult it was to render colors backs in the 40s. It was simply easier to stick the heroes with a combination of primary colors that would render much faster. These primary colors are also bright and positive, invoking a sense of safety and reassurance that one would want from their Superheros.

Related: Does Vision come back?

The villains were given easy to render colors as well, but since the intention was to not make anything pop, they were stuck with darker colors like blacks, dark greens, and purples. In keeping true to the legacy of the comics, at least in terms of the hero’s profile, Marvel decided to adopt the same color schemes for MCU, albeit in a much more refined manner.

Why is Wanda’s power red and Agatha’s power purple?

There are two reasons behind Wanda being assigned red as her general color and Agatha being assigned purple. First, their characters have been adapted from the comics and so these colors came pre-assigned. Of course, in the series adaptations, they are much different in terms of age and looks, however, that really cannot be helped since MCU is expected to take creative liberties. If we apply the rationale that we explained in the previous section, then the colors assigned to Wanda and Agatha make sense.

Related: What happened to Billy and Tommy?

The second reason for this is stated by WandaVision’s director Matt Shakman himself in his interview with comicbook.com. He states that the color decision is purely creative, without any special subtext involved. It is what it is.

Of course, this still does not explain why Agatha’s powers are purple when her coven’s powers were blue. But since she is capable of absorbing powers from others to point of ending them having been derived from the Darkhold, her power is very malicious and distinguished in nature. As for Wanda, the Scarlet Witch derives her name from her red powers, so it was only natural that Wanda would be assigned red.

The breathtaking contrast between Wanda and Agatha’s powers is definitely a visually stunning treat. We cannot appreciate the contrast enough and when we see the effects on our VFX screens, Matt Shakman’s kind of dissatisfying answer makes a lot of sense. How do you feel about Wanda and Agatha’s color schemes? Do let us know in the comments!