Halo Infinite is the new FPS in town that seems to be garnering a lot of attention. Microsoft recently launched a free-to-play multiplayer beta for the entire world on the occasion of its 20th anniversary. Sadly the Campaign mode is still far away from its release and you will need to pay the price of the game to enjoy it.

The Campaign mode releases on 8th December and there have been tons of speculations around Master Chief’s future with the franchise. Here’s all we know about it.

This is anybody’s guess at this point. 343i executives as well Microsoft representatives have kept their lips tightly sealed when it comes to the future of Master Chief in the franchise.

By this point, we are all used to Master Chief dying in the release trailers only to have him survive while saving the universe by the end of the campaign. It is highly unlikely that 343i will pull off the same stunt again but it is still possible. But here is a list of all the signs that currently point to Master Chief’s demise in Halo Infinite.

Why Master Chief should die? 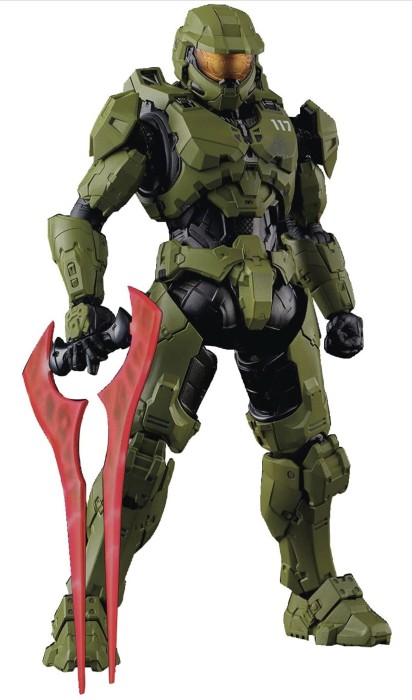 Before we look at the signs pointing to his death, let’s discuss how far Master Chief has come and should he carry on. Master Chief has now been in the service for almost 20 years, he has saved the universe, attended numerous PR events, and even signed a few autographs for the fans. Sounds a bit like Captain America IMO and rightly so, it’s time that Master Chief caught a break.

There is only so much Microsoft can get out of Master Chief’s image and persona in the public, and after 20 years, they seem to be at the end of it. Master Chief needs a fitting end before the public loses interest in him and his incessant survival in the face of universe threatening catastrophes ends up becoming a joke. There are a few signs that have been hinting at a heartfelt and respectful farewell while trying to tie in the entire arc of Master Chief. Here are a few prominent ones that indicate that Halo Infinite might be the end for him.

What not to expect

Do not expect Master Chief to die in the first Campaign missions or even this release of Halo Infinite. 343i recently spoke in cryptic terms referring to Halo Infinite as the next 10 years of Halo. If this is to be true then he could be killed off in any one of the upcoming DLCs, be it the ones released in 2022 or the ones released in 2025. This is highly unlikely though and if Master Chief’s death is on the horizon then it will likely coincide with an important event.

However, if 343i is looking to send Master Chief off into the sunset then the first Campaign wouldn’t be a bad idea as well as the next few years can be easily spent establishing the new world of Halo Infinite now that Master Chief is gone. We can’t say anything for sure until the Campaign mode is released to the public 2 weeks later.

Master Chief has been the poster boy not only for the Halo franchise but the entire Xbox gaming community. Sony has their Kratos and Nintendo has their Mario, but when it comes to Microsoft, all they have is Master Chief. Sure Microsoft has done its best to try out other exclusive games as their poster child but nothing has been as successful as Master Chief and Halo, be it the incessant down the throat promotions of the Forza series or the failure of the highly promising Fable series, Microsoft has always struggled to find a good gaming Mascot that justifies their presence in the gaming space.

Hence it is quite unlikely that Microsoft will let Maser Chief go until a suitable replacement seems to catch the eyes of fans just like Master Chief did. Microsoft has tried to introduce meaningful characters in the past that could have been viable Master Chief replacements like Jerome, but now that they are left behind, all that they can inspire are spin-off series. All these signs point to the fact that Master Chief won’t be going away any time soon.

Well, it’s all speculation at this point, but we do expect this to be Master Chief’s last game. We don’t expect to see him leave the franchise completely but a huge change seems to be looming on the horizon.

We expect it to happen next year with additional DLC packs to the Campaign mode that will be released in the coming months. This will also give us insight into 343i’s plans for Halo Infinite in the future after claiming it to be the next 10 years of the Halo franchise.

We hope this post helped you get up to speed with all the rumors currently floating around when it comes to Master Chief’s death in Halo Infinite. If you have any more questions, feel free to drop them in the comments below.

Is Cortana in Halo Infinite?