In pre-pandemic times, when we could actually watch a Marvel movie in a theatre the way it was meant to be viewed, it was a standard ritual to sit back comfortably while maintaining a hawk-eye vision on the screen for a crucial credit scene. This

It has become almost second-nature for fans to confirm whether there are any mid or post-credit scenes both in the movies as well as series. So naturally, when WandaVision came out, with its confounding plot and un-Marvel-like nature, we hoped that there would be credit scenes that would give us some solace.

Fortunately, there are four credit scenes that you can look forward to. Here’s what you need to know.

Related: Is WandaVision Only One Season?

Which Wandavision episodes have credit scenes?

The first post-credit scene made its appearance in episode 7 Breaking the Fourth Wall. In this scene, Monica Rambeau is shown looking for a way into Agatha Harkness’s home. She discovers the storm cellar and opens it to find an entrance with stairs going down towards the basement. The walls around the stairway are covered in purple-ish roots and whatever is in the room is definitely emanating the same purple. The scene ends abruptly with the fake Pietro or Fietro as Agatha calls him, standing next to her and saying ‘Snoopers gonna snoop’. 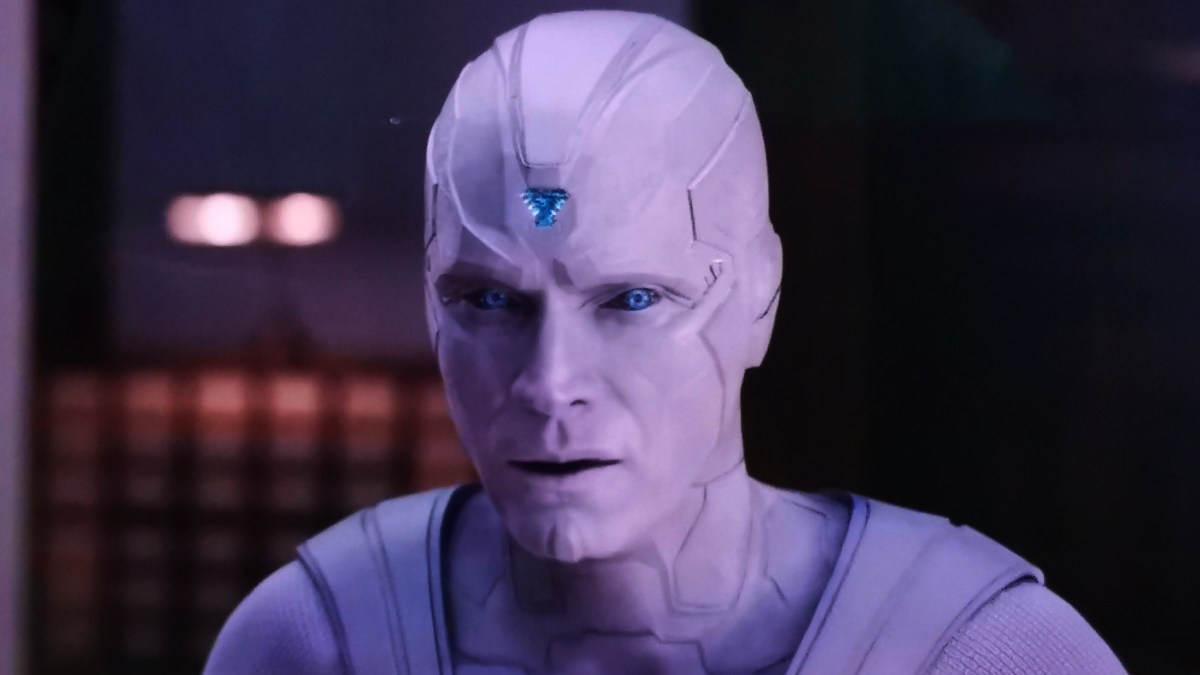 The second post-credit scene appears in episode 8 Previously On. In this episode’s post-credits scene, we see Tyler Hayward looking at the Hex from what one can assume is S.W.O.R.D’s makeshift command post. He goes in and begins a monologue about how the answer to awakening Vision was really Wanda’s magic. Eventually, what we get to see is a white chalky version of Vision that is powered on by Wanda’s leftover magic in the spy drone finally awakening.

The final two, extremely important post-credit scenes appear in episode 9. In the first scene, an officer informs Captain Monica Rambeau that ‘they’ want to see her in the theatre. Inside the theatre, the officer transforms into a Skrull and informs Captain Monica that she has been sent by Monica’s mother’s old friend. The Skrull then goes on to inform Monica that a certain ‘he’ knows that Monica has been grounded and this ‘he’ would like to meet her. When Monica asks her where he would like to meet her, the Skrull points upwards and then the scene ends. We have our own theories about this particular cut-scene which you read here.

A bonus second scene pans across a rather picturesque mountain landscape and zooms into a small cottage by a massive lake. Wanda is seen sitting on the porch holding a cup of coffee, staring into the distance. When the Kettle goes off, she gets up and goes into the cottage to serve herself what we are assuming is some tea. The camera then moves into a room inside the cottage. In the room, the Scarlet Witch is floating in the air and perusing the pages of the Darkhold when suddenly she hears Billy and Tommy’s cries for help. The scene ends here.

These four really powerful post-credit scenes were definitely enough to keep us curious and excited for what is coming in Doctor Strange and hopefully, Season 2 of WandaVision. From the secret of the basement and the reveal of white Vision to the possibility of Billy and Tommy being alive, there is a lot to digest in these mini-scenes. Indeed, it’s going to be quite the reveal both in terms of plot as well as characters. Considering what a roller-coaster ride this entire season has been, it’s justified to expect to have our mind blown in whatever Marvel produces next. Stay tuned.