The recently concluded Marvel TV show, “WandaVision,” gave Marvel Cinematic Universe a lot to think about over the course of its 9-episode run. It started off as a “dream sequence” between Wanda Maximoff and The Vision — following the latter’s demise in “Avengers: Infinity War.”

Full of grief and heartbreak, Wanda created a world of her own, putting her belated husband in the middle of it all. The hex bubble came crashing down, of course, but not before giving us Scarlet Witch in her true form and her husband in a rather pale — White Vision — attire.

Today, we shift the focus off of Wanda AKA. Scarlet Witch and focus on her suddenly not-so-dead husband clone. Today, we’ll tell you who White Vision is in Marvel comics.

Who is White Vision? 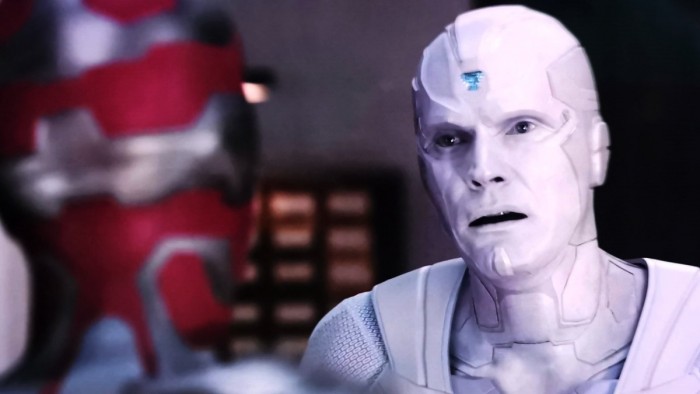 As we’re shifting away from the characters shown in “WandaVision,” we’d rather try to check out who White Vision is in Marvel’s literature. As the name suggests, White Vision is the whiter, completely washed out version of the red and green Vision we love in the comics. He is devoid of the original memories, emotions, and personality of The Vision, sharing no emotional bond with his then-wife Wanda Maximoff.
Think of him as a wiped-off computer, if you will. The physical dimensions and properties are intact, while the internal memory has been completely erased.

Related: WandaVision “What is Grief But Love Persevering” Meaning

As you may have guessed already, White Vision’s origin was an unwitting makeover, carried out by a sophisticated gang of miscreants. Vigilance — the organization that wiped The Vision clean — took it upon itself to clean up the corrupted world, and The Vision, despite being a synthezoid, wasn’t spared.

The mission was led by Vigilance leader Cameron Brock — a paranoid extremist who failed to see the good in anyone around him. However, to get the job done, he turned to a conflicted superhero in Mockingbird, who planned Vision’s kidnapping from Avengers’ West Coast facility. After he was kidnapped, Vision was disassembled and then rebooted back to life, without any memory of his past adventures, whatsoever.

Related: WandaVision Episode 8 Evil Vision: All you need to know

Why did Vigilance create White Vision?

As you can see, Vigilance went to great lengths to get Vision out of the Avengers compound, bring him back to their lab, take him apart, and reprogram him again. They could very easily have killed the Avenger if they wanted to, but they did nothing but erase his memory. This very clearly tells us that they had a very specific plan, and, unfortunately, it had to do with the mechanical side of Vision.

Prior to the kidnapping, Vision had taken control of all the computers in the world, which also gave him access to highly sensitive Nuclear Codes. Fearing Vision’s knowledge, Vigilance director, Cameron Brock, took it upon himself to rid the world of a “great danger.”

Related: What is ‘To Grow Old In’ in WandaVision

What are his abilities?

As discussed in a previous section, White Vision is nothing but a hollow shell of the Avenger, Vision. He shares the same physical abilities as the original vision, such as superhuman strength, speed, reflexes; density shifting, flight, intangibility, photokinesis, and more. On paper, White Vision is just as powerful as the Vision we love. He just lacks the morality of the great Avenger.

Related: Who is Ghost Vision in WandaVision?

Which issues do you need to read to learn more about White Vision?

The issue of White Vision was initiated and concluded in the “Vision Quest” story arc. It was penned down by writer and artist John Byrne and ran between issues 42 and 45 of “West Coast Avengers,” released in 1985. It’s a brilliant story arc in its own right and deserves to be appreciated by all Marvel lovers.

How is he different from The Vision? 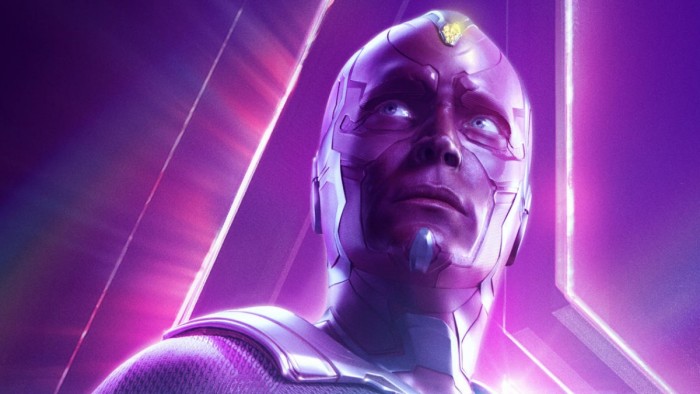 Unlike the version in the Marvel Cinematic Universe, The personality of Vision in Marvel comics is based on renowned Avenger Wonder Man. Vision, in the comics, was also built on the body of the original Human Torch, which could have had a significant effect on Vision’s personality.

In the comics, when Project Vigilance decides to take apart Vision and recreate him from scratch, they put back in pretty much everything except for Vision’s original personality traits. On paper, their power levels are inseparable. The difference only lies in their personalities. White Vision, who eventually turns into the main Vision in the comics, didn’t have the depth the original Vision had and appeared a lot more robotic.

Related: WandaVision: Does Vision come back?

This is not a straightforward question to answer, since the origin of White Vision — and their motivations — differ a lot in the two versions we have witnessed thus far. However, objectively speaking, there’s practically no reason to brand White Vision as evil in either of them.

In the comics, White Vision replaced the usual Vision, as he was nothing but the wiped-off version of the Avenger. In “WandaVision,” too, he wasn’t a villain by any means. He was only conflicted to see another Vision in the playing field. As soon as he got to unlock the sealed fragments of his memory, he realized who he was and retreated from his fight with Wanda’s Vision.

White Vision in the comics vs WandaVision

The beauty of Marvel Cinematic Universe has always been in the way they manipulated the complex storylines in the comic books to set up grand events and revelations on the big screen. The origin of White Vision in “WandaVision” is another glowing example of their reality-bending artistry.

As you may have gathered from the sections above, White Vision in the comics is nothing but a rebooted, cleansed version of the Vision. He was neither good nor bad. He was simply a being with no personality and immeasurable power. After losing his memory and personality, he eventually separated from his wife Scarlet Witch, as the latter realized that there was nothing to fight for in the “relationship.” Following the breakup, White Vision — and eventually The Vision — continued to make himself useful as a part of the Avengers. 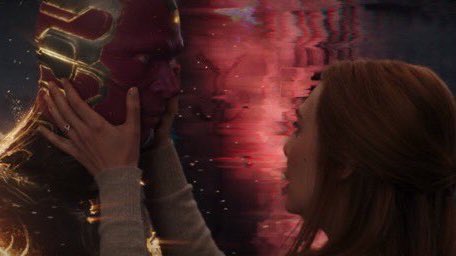 In “WandaVision,” Marvel expertly turned the story on its head. After Vision’s death in “Avengers: Infinity War,” SWORD took control of his “3 billion-dollar” Vibranium body. SWORD Director Hayward took it upon himself to assemble Vision’s original, lifeless body — sans the Mind Stone — and then use Wanda’s Chaos Magic to bring it back to life. When confronted with another Vision in Wanda’s reality, White Vision decided to take the fight to the potential, mind-controlled imposter. However, he readily realized that the two versions weren’t much different, and he fled the scene after learning about his past life through Wanda’s Vision.

White Vision in the comics practically forced Wanda to end the marriage, drive Scarlet Witch insane. The one in the MCU practically revives the original Vision from the dead and could serve as an original member of the Avengers very soon.

If you have clarity issues about how it all went down and want to learn more about White Vision in the MCU, be sure to check out our detailed “WandaVision” articles. 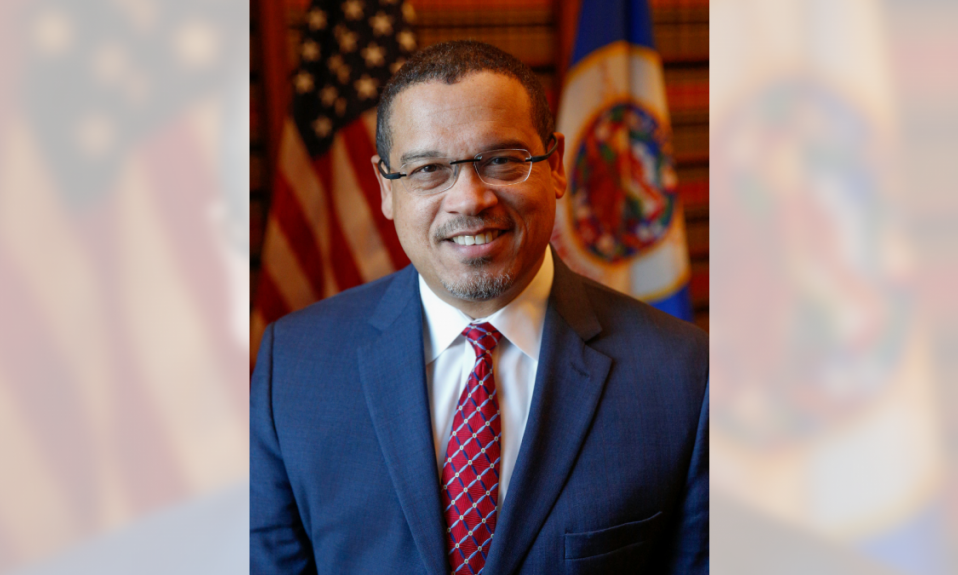 Who is Keith Ellison and what did he fear about the Derek Chauvin verdict?